Report: Picture This: How Can You Write and Adapt for Screen? 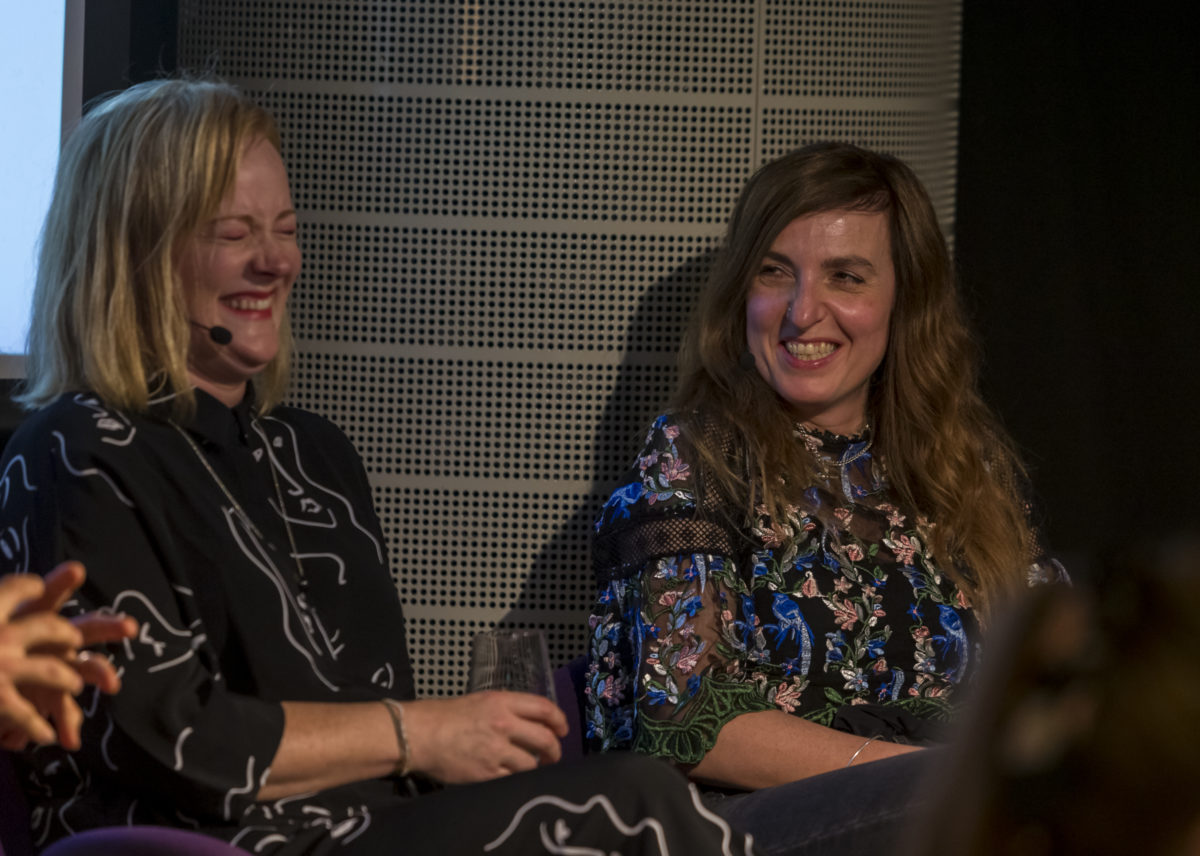 Posted by rebekah on 26 September 2019, in Event reports, News

Many authors dream of seeing their work on the big screen, but what is the actual day-to-
day reality of adapting for film, television and web? Chaired by film critic Jason Solomons,
September’s Byte The Book, sponsored by ALCS, brought together four writers, producers and filmmakers to lift the lid on the world of page-to-screen adaptations. 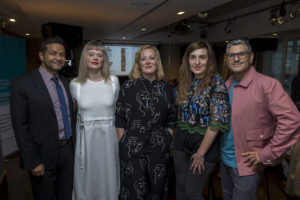 Jason turned first to writer Emma Jane Unsworth, whose novel Animals has been made
into a film starring Holiday Grainger and Alia Shawkat. “You did what authors are normally
told not to do,” began Jason, “and adapted your own work. How did that happen?” Emma
described herself as “very lucky”, having been asked at her first production meeting
whether she wanted to write the screenplay, and accepting on instinct. She agreed that
authors are often counselled against this, and even actively avoid it (“because if it’s crap,
they can say ‘it’s nothing to do with me!’”), but went on to explain that “I’m very visual, and
I think filmically when I’m writing anyway”. When asked for her advice to other authors
facing the same challenge, she talked about the differences between the solitary,
autonomous act of novel-writing and the collaborative nature of film, and how important it
is to know where you’re willing to compromise. “If you know where your red lines are, you’ll
know what you’re not prepared to move on. Work out the beating heart of your story, and
stick to it.” 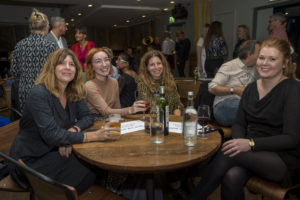 Thanks to our wonderful sponsors ALCS (from left to right, Faye Bird, Alice Donovan, Alison Baxter and Esther Jones)

Film producer Mia Bays was able to shed some light on the writer-producer relationship
from the other direction, suggesting that the best way to produce is “to ask questions”. “If
you simply give the writer a to-do list of things you don’t like,” she continued, “it doesn’t
feel collaborative. But if you ask ‘Why does the character do this?’, you’re opening a
discussion and leaving the writer to make the decisions.” This is particularly important, she
added, when the writer has a personal emotional investment in the story — which is
almost always — because they may find it extremely hard to acquiesce on elements of the
story that are based on lived experience. “It can get very tense,” said Mia, “and you need a
lot of patience. You almost become a psychotherapist!” Writer and filmmaker Lucy Brydon
echoed this point, being herself at the tail-end of the process of bringing her emotionally-
charged short film Sick(er), recently renamed Body of Water, to the screen. The story tackles adult anorexia and from the very beginning she found herself having difficult conversations with her executives. “They wanted me to transfer the anorexia from the adult character to the teenage one,” she revealed, “to fit more neatly with the mainstream media narrative. I tried it out, and ultimately it didn’t work, but it was important that I did try, because collaboration is fundamental to film-making. That’s the great thing
about it.” 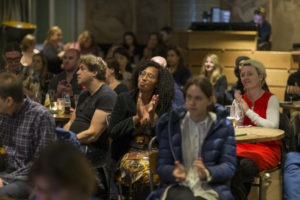 A packed Byte The Book audience enjoying the panel.

Despite all the talk of the stark differences between novel- and screen-writing, Shai
Hussein — the writer, DJ and filmmaker behind the comedy web series ‘Three Shades Of
Brown’ — pointed out that certain narrative principles straddle the divide. “I’ve recently
been adapting a screenplay into a novel,” he said, “and so many of the fundamentals are
the same.” It is certainly true that a novel gives the writer a much deeper freedom to
explore characters and settings; however, stressed Shai, “if a scene, beat or line of
dialogue isn’t driving the plot forward, it has to go, regardless of the format”. 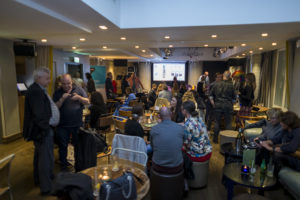 As always, a great networking crowd at Byte The Book

The discussion closed with a few final nuggets of wisdom from each panellist. Shai, who
had spoken candidly of the ups and downs of directing and marketing an independent web
series, advocated a carpé diem mentality. “If you want to create your own materials,” he
said, “don't wait too long for permission.” Emma underlined the importance of constant self-improvement, pointing out that writing in one format can teach you valuable lessons
for another. “My weakness has always been structure,” she confessed, “but screenplays
are very mathematic, and writing Animals has massively improved my structural skills.”
Lucy re-emphasised the importance of team-building, commenting that “it takes a village to
raise a film”, while Mia addressed the thorny issue of commerciality. “If someone tells you
that your idea is ‘not commercial’,” she reflected, “ask them exactly what they mean.
Because at the end of the day, authenticity sells. Simple as that.” 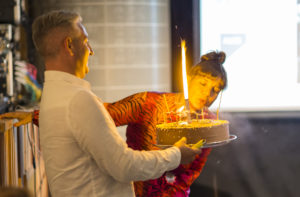 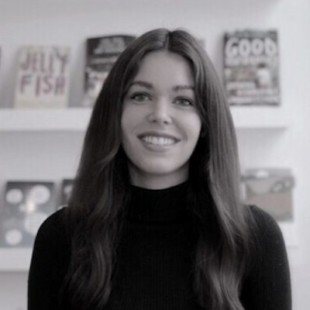 As Marketing Manager at Lume Books, Aubrie is responsible for the strategic planning and implementation of digital marketing campaigns. Originally from Washington, D.C., her career began in film production in Los Angeles in 2008. Since then, she’s been …