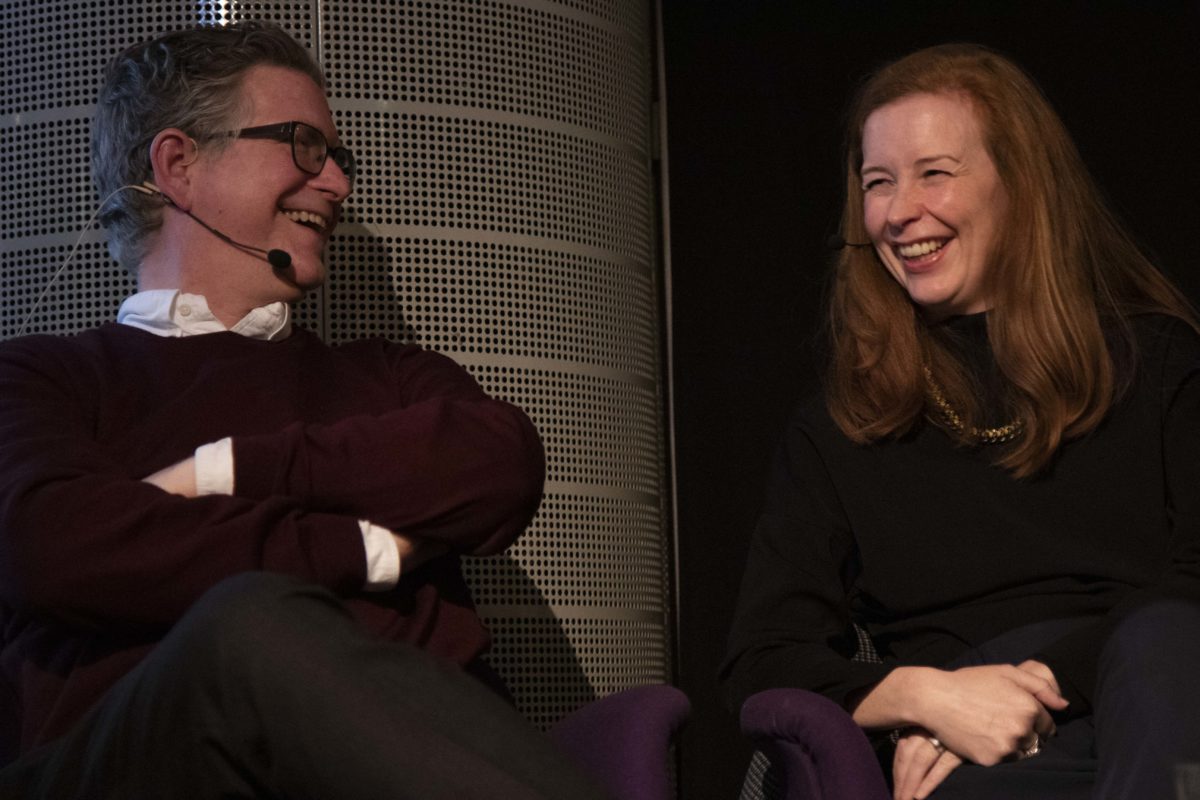 Posted by rebekah on 6 November 2019, in Event reports, News 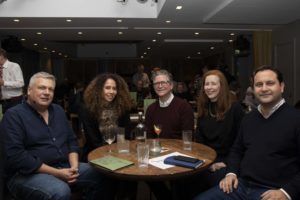 Mark began by asking the panel for a broad definition of the term ‘artificial intelligence’. Robert Elliott Smith, whose new novel Rage Inside The Machine explores the unprecedented power of algorithms, boasts thirty years’ experience in AI but confessed that he’s not a fan of the terminology. “The accepted definition of ‘artificial intelligence’ changes all the time,” he began, “and what we mean by it today is very different from what we meant in the Seventies. It’s a moving target. These days, of course, everything gets called AI because it’s a trendy term.” He went on to confess that he prefers the phrase ‘pseudo-intelligence’ — borrowed from Neal Stephenson’s sci-fi novel The Diamond Age — because it clearly differentiates AI from human intelligence. “AI is extremely useful to us,” he concluded, “but it actually has very little in common with human intelligence. Most people don’t realise that.” 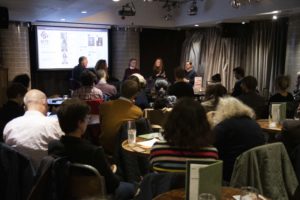 So, continued Mark, what are some of the newest forms of AI operating in today’s marketplace? “Avatars are becoming huge business,” said Candice Fragis, whose fashion app DREST has turned heads as the world’s first interactive luxury styling platform. “In Asia, there are avatar influencers who have more followers than their human counterparts, and we’re seeing fashion brands spending enormous amounts of money on them. Kids in Korea don’t discern between humans and avatars — they just see a style that appeals to them, and think: ‘I want to look like that.’”

Taylan Kamis, meanwhile, introduced his company DeepZen, a producer and co-publisher of machine-read audiobooks. A typical audiobook, he revealed, takes six weeks to produce and costs around £5000, meaning that only a fraction of physical books are ever made available in audio format (and ninety per cent of those are in English). When DeepZen’s research told them that consumers would listen more if a greater variety of books were produced at a lower price point, they began to employ real-life actors and “clone their voices”, creating AI readers that very closely replicate human emotion and intonation. The result, as evidenced on the DeepZen website, is quite uncanny. 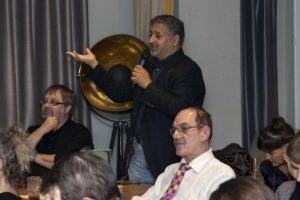 Questions from the floor

Looking ahead, what do we have to fear from the apparently unstoppable march of artificial intelligence? Taylan himself addressed this, admitting that the gut instinct of many in the industry is to worry that DeepZen’s audiobooks are “taking people’s jobs”. But he doesn’t see it that way. “You have to work with creative people,” he insisted, adding that “you shouldn’t be walking behind copyright laws”. Case in point: it is technically possible for DeepZen to bypass humans altogether in creating their AI voices, but they choose to use real actors as a foundation, and those actors receive ongoing royalties for their cloned voices (which means they can make money for work they technically didn’t have to carry out in the first place). At this point, Alex Hardy of entertainment law firm Harbottle & Lewis picked up the baton, explaining that our legal system has a great deal of catching up to do when it comes to technology. “There are so many questions around AI in a legal sense, especially in the creative sector,” she reflected. “Take copyright law. Have machine-made works been ‘created’, in the accepted sense of the word? What’s their value? Should they be treated in the same way as works made by humans?” She
admitted that the ethics of the technology are still very murky, and we don’t yet understand, say, the liability of an AI programme that infringes someone’s artistic copyright. She added, however, that being overly fearful of AI isn’t necessarily in the interest of creators: “It could be argued that, as an author, you ought to let as many machines as possible read your work. Otherwise, aren’t you taking yourself
out of the conversation?” 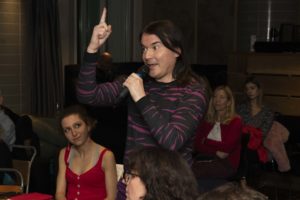 And more questions. What a provoking topic.

Next, the panel discussed where AI may be heading in the future, and where its limitations might lie. There was agreement on the ultimate superiority of human intuition, with Candice commenting that “machines don’t have gut instinct. You need people to curate and inspire, to show the consumers the products they didn’t know they wanted”. Robert agreed, offering up a warning from the past: “When the
industrial revolution replaced handicrafts with mass-production, crafted products became the domain of the rich, and this may happen again. When the story you read to your child, or the care you receive when you’re old, becomes two-tiered — human-made for the wealthy; crappy and synthetic for the poor — that’s a world you’ve got to worry about.”

Finally, Taylan closed the conversation with a thought-provoking comment on the ubiquity of artificial intelligence. “You might not be aware of this,” he said, “but you’re interacting with AI every single day. Instagram learns about your favourite topics and feeds you more of them. When you order an Uber, there’s an algorithm at work that uses all manner of information to find you a driver. You’re not directly
exposed to it, because it’s behind an app, but it’s there, and it’s impacting your daily life.” The future, in other words, is already here — it’s up to us to make sure we don’t get left behind. 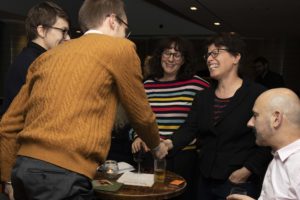 We mustn't forget the networking, always a focus at Byte The Book 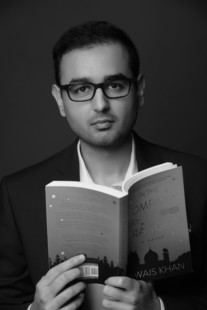 Hi Everyone. My name is Awais Khan and I am a writer and consultant based in Lahore, Pakistan. I am a graduate of the University of Western Ontario and Durham University. I have studied Creative Writing at Faber Academy in London. My work has appeared …