Report: Future Heads: How Can We Inspire the Next Generation of Leaders in the Publishing Industry? sponsored by Ingram Content Group 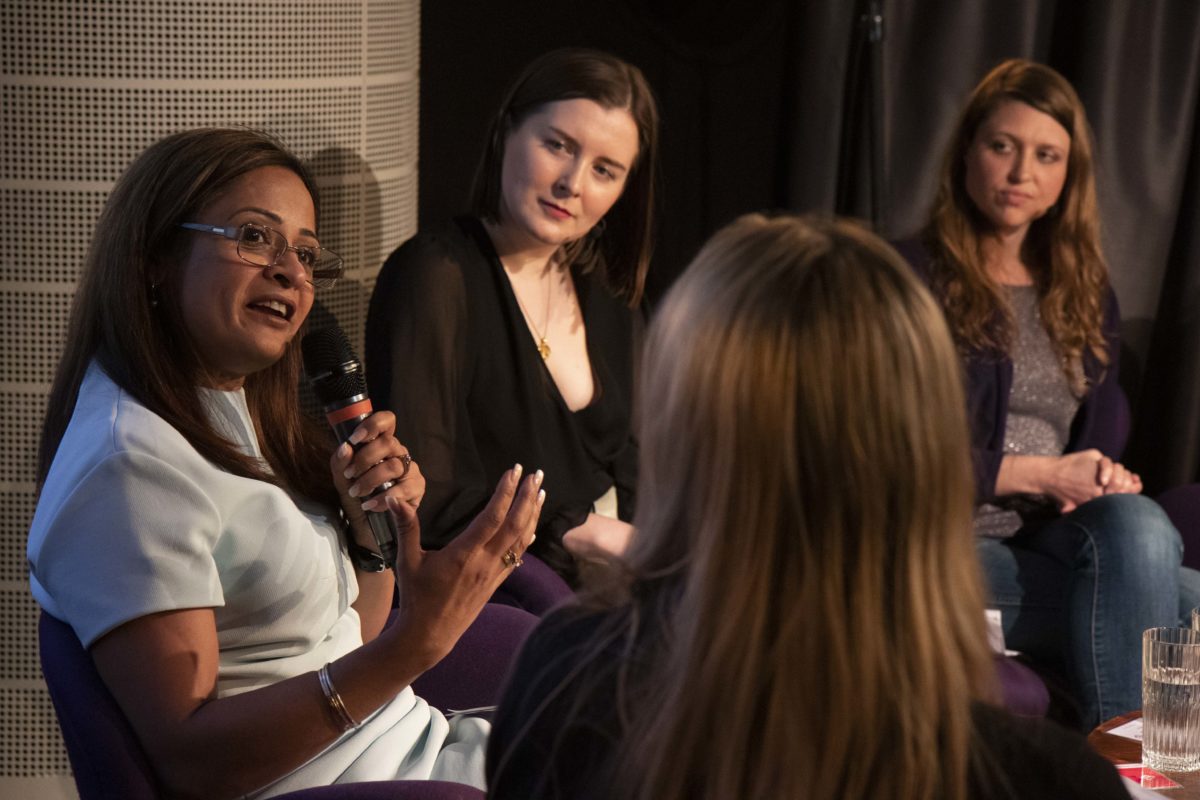 Posted by rebekah on 15 January 2020, in Event reports, News 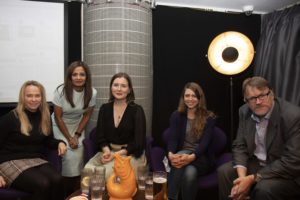 What skills and attributes, began Emma, do leaders need in the modern publishing industry? “You have to be a good listener,” said Perminder, explaining that she spends a significant portion of her day listening to her colleagues and acting on their feedback. “Listen to the people around you, to the market, to retailers and readers.” Alex underlined the importance of resilience, pointing out that “things aren’t always going to go right, especially as you progress to more senior roles”. She also advised young people coming into the industry to be inquisitive and open to learning. “More and more,” she revealed, “we’re interested in what people are doing outside their jobs. Side hustles, blogging. How are you leading yourself?” Alice praised flexibility, adaptability and an entrepreneurial mindset — “the ability to spot a problem and figure out how to fix it” — while Will offered an interesting take on Perminder’s point about listening skills. “Sometimes,” he suggested, “not listening is an important skill. We’re all jolly nice in publishing but occasionally you have to strike out on your own, and that’s the lonely bit. That’s when your nerve is really tested.” 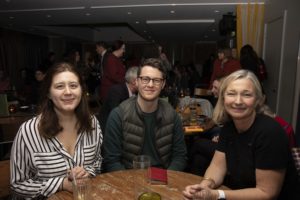 Once we know what we’re looking for, how do we go about creating and nurturing the leaders of the future? “Mentoring, coaching and training can teach people so much,” said Alex, citing an internal PRH training initiative called ‘Fresh Perspectives’ that encourages employees to drop ideas and suggestions in a box, with the best ones eventually being actioned by the company. Several panellists also spoke of so-called “reverse mentoring”, with Perminder extolling the virtues of taking her junior colleagues out to lunch — which she does regularly — and picking their brains (this is particularly useful in the digital domain, where younger employees are often savvier than their seniors). Alice, meanwhile, emphasised the crucial importance of diversity in every corner of the industry. She founded Lantana with the strapline, “All children deserve to see themselves in the books they read”, and stressed that this philosophy underpins everything the company does. This resonated deeply with Perminder, a child of first-generation Indian immigrants who didn’t own a book until the age of twenty-one and, for most of her career, never even contemplated becoming a CEO. “No one at the top looked like I did,” she said,
“so it didn’t even occur to me.” 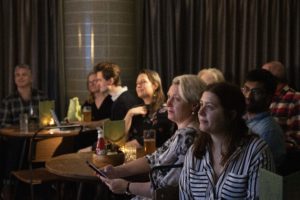 An attentive audience at the h Club

To close the discussion, Emma asked the panel for things they’d learned over the course of their careers that they wish they’d known when starting out. “You have to be curious every day,” replied Will, “and if you can surround yourself with curious people, that’s wonderful.” Alice revealed that she had no idea what she was doing when she started Lantana, and has since come to view this as a strength, despite being unnerved by it at the time. “Sometimes you really do have to trust your gut,” she reflected. On a related note, Alex recalled the anxiety she felt during the early stages of her career, when many people in publishing suffer from Imposter Syndrome, and said she would tell her younger self to worry less. “If you want to learn something new, tell a colleague. People will want to help you.” 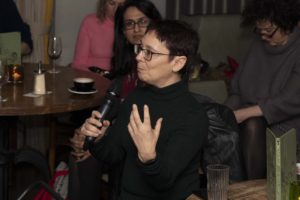 Questions from the audience - one here from Dr Lisa Gill

Perminder talked of a time in her life, shortly after accepting the role of CEO, when she found herself assuming a persona at work. “I tried for two or three months to be someone I wasn’t, but it was making me unhappy. Then my husband said to me: ‘You got here by being you … so why change that now?’” Succinctly, she concluded: “My advice is to be yourself. It’s the only form of sustainable behaviour.” 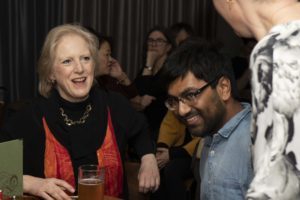 Lots of fun networking at Byte The Book, as always 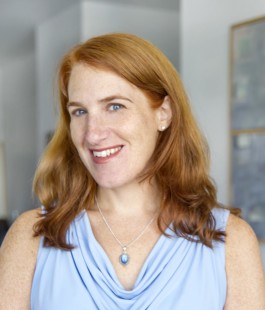