Almost as Good as my Mother’s Chicken Soup: Day of Atonement by Jay Rayner 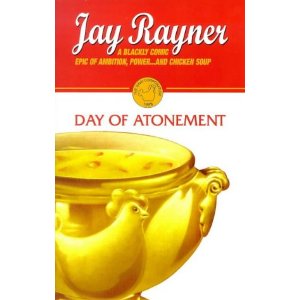 Posted by Justine Solomons on 28 September 2012, in Recommendations

I purposely read this book to coincide with the Jewish New Year. I began reading it on Rosh Hashanah and I finished reading it on Yom Kippur morning.  I'm writing this review having not eaten or drunk for sixteen hours with the prospect of another nine hours to go before I can break the fast. It's always an interesting time of year, for me. I'm not a particularly observant Jew, but I do observe these holidays and I was very pleased to have this book as my companion. Set in the North West London in which I grew up, the Jewish ghetto as it was then of Edgware / Stanmore, the people in this book are very familiar to me, for I am a product of this warm, sometimes stifling, community.  I understand the characters’ financial ambition: in my house at every Friday night dinner there was a family brainstorm on how to make money.

We first meet washed up Mal Jones in Herne Bay staring out to sea. Once a big success, he has now been forsaken by his family and friends and lives alone in a magnolia-walled bedsit after a stint in prison.  His niece Natasha comes to visit him to take the fast with him on Yom Kippur.  Through the night Mal tells her his 'off-the-peg to bespoke suit story' of meeting Solly Princeton at Edgwarebury Shul. Combining his business brain with Solly's charm and inventiveness, Mal first helps Solly market his Pollo-Matic chicken soup strainer, and then they build the enormous but ill-fated Sinai Corporation, a restaurant and hotel empire.

If you're a fan of Jay Rayner's journalism, as I am, you'll hear his strong authorial voice and, like me, laugh quite a bit. This novel is about atoning for ones' sins, creating an international business empire from humble beginnings, and lifelong friendship; it's also a really funny and ultimately satisfying read. Rayner is confident in his subject matter and in his writing style. Some lines are jokes that feel as though they've come from my own crowd as a kid, like Solly bragging that he was getting blown by the blow job queen in the rabbi's office on Rosh Hashanah while the rabbi was blowing the shofar. Other bits are just clever funny, with elements of Howard Jacobson, Philip Roth or even Woody Allen, like Mal's mother knew what would make her son happy and marrying a Jewish girl would make her son happy. First published in 1998, it is of its time, but in a good way. If you've ever lived in this area of London, want to understand what it is to be a North West London Jew growing up in Thatcher's Britain, or are a fan of good writing, I urge you to read it. I reckon that just like the chicken soup that features so heavily in this book, ultimately, it'll warm you no matter what sins you have committed. 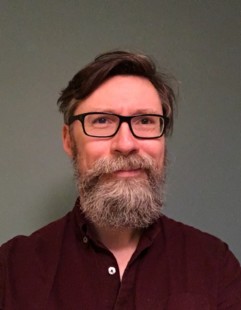 I’m a freelance ghostwriter and editor, mostly working in non-fiction. I work for a lot of first-time authors with interesting real-life stories to tell.