A Byte the Book Success Story by Zoe Cunningham 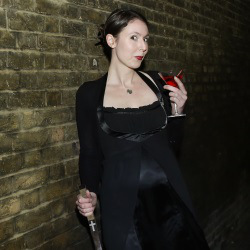 Posted by Justine Solomons on 7 April 2015, in News

Zoe Cunningham and Tracey Sinclair met through Byte the Book and went on to create a critically-acclaimed theatre show together. Zoe has written an article to tell us a little more about their collaboration:

I joined Byte the Book right at the start - I was there at the first ever event in The Ivy. I didn't quite know what I wanted to "get out" of the network, but as a general creative person and a networker (trained by Justine - Solomons, founder of Byte the Book - when we worked together at tech company Softwire) I joined because I was intrigued and I stayed because I always had so much fun and met such creative and talented people at the Byte the Book events.

One such person was Tracey Sinclair. Justine introduced us because I was producing an arts show for Zone One Radio and looking for novelists to interview. She said "you'll really get on with Tracey" and I did! I read Tracey's novel Dark Dates (which was to become the first in a series) before the interview and I liked her wit, her attitude and her amazing stories.

Collaboration between Tracey and I carried on as Justine and Tracey kindly agreed to be judges in my first radio play competition in 2012. (You can hear one of the winning plays on Shoreditch Radio.)

In 2014 my interests grew to encompass film and theatre as well as radio and I received a great piece of advice to "do a one woman show". Casting about for an idea for a show, I remembered how much I liked Tracey's central character from Dark Dates, Cassandra Bick, and cautiously asked Tracey if she could possibly be open at all to an adaption. Many Americanos later, we had a first draft adapted from Tracey's novel. Another chance collaboration with amazing one-woman show expert and director Peta Lily resulted in a final script that was described as "engaging and captivating" and "a classy theatrical tour de force" at the premiere at the Tristan Bates Theatre, Covent Garden. Next we take the show to Tracey’s home town of Brighton.

Tracey and I continue to collaborate. Next we are working on a TV pilot about a ditzy wannabe celebrity, and I'm sure there will be more to follow.

Dark Dates is on at the Lantern Theatre as part of Brighton Fringe Festival on Saturday 2nd May at 5pm and Tuesday 12th May at 9pm. You can buy tickets online here. 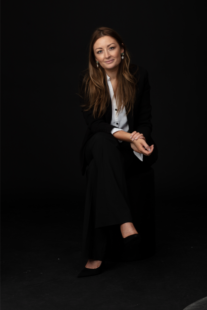 I’m based in London, UK and work in the Entrepreneurial space. I’m interested in the intersection and potential across business, technology, governance, leadership and people. I’d categorise myself as a synthesizer – I’m good at seeing patterns, connec …