An Engaging and Provocative Read – The Vegetarian by Han Kang 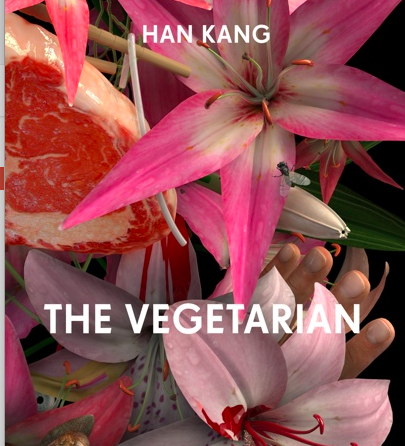 Posted by Justine Solomons on 5 March 2015, in Recommendations

When I was studying my A Levels I had a friend from Southern Japan. I was with her the first time she saw England in the snow. It was a small country town with plenty of trees and pretty cobbled streets and though everything was covered in glistening layers of whiteness the snow was still falling. My friend turned to me and said, “It is so beautiful. Like feathers being shaken from a dead swan.” The Vegetarian has much the same aesthetic.

Split into three sections, each from a different character’s perspective, the novel tells the story of Yeong-hye who has a terrible dream that turns her vegetarian. Up until this moment Yeong-hye has been the meekest most absent of people who fulfilled her family’s and husband’s expectations and lived quietly in the background. Her refusal to eat meat causes surprising upheaval and leads Yeong-hye into a world in which one unconventional behaviour breaks many barriers.

Her story is told by first her husband, then her sister’s husband, and then her sister. It is her sister who remarks of herself, “It’s your body, you can treat it however you please. The only area where you’re free to do just as you like. And even that doesn’t turn out how you wanted.” And the book is all about what we do to our bodies, why we do it and how these actions are interpreted. We are physically bound to the world around us and The Vegetarian explores how little we think of our intermingled physicality, employing dreams to break through the surface of our conventional real through the use of the surreal. I don’t want to spoil the plot but her brother-in-law’s narrative is all about bringing the surreal into reality in a cleverly lustless congress of floral blossoming.

We do hear snippets of Yeong-hye’s voice in her husband’s narrative. It seems a strange place for them to come free given his almost complete distance from her even when he chose to have her in his life. I think I would have taken them out of his narrative entirely, given them their own place outside of the three sections, but I could easily be misunderstanding something.

Ultimately, The Vegetarian is a pleasing, engaging read full of ideas and provocative images. You’ll know if the idea of the story appeals to you and whilst I can’t promise you’ll be blown away byThe Vegetarian, you will enjoy it and it will leave you with questions to ponder.