Thoughts on Cover Design from Print on Demand Worldwide 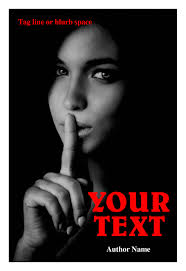 Posted by Justine Solomons on 5 September 2014, in News

Simon Potter (Design Services Manager at Printondemand-worldwide), reflects on cover design, having worked for many years with both major publishers and indie authors

“You can’t judge a book by its cover,” said Mr Tulliver in George Eliot’s 1860 classic The Mill on the Floss.

Alternatively, if you prefer down-and-dirty, sixteen-bar blues, “You can’t judge a book by its cover,” sang Bo Diddley in 1962.

It’s a phrase that’s consequently been used by somewhere in the region of 412 million other people but is it true?

Well, yes and no. When dear old Mr Tulliver used the words about Daniel Defoe's The History of the Devil it was an innocent age, long long before illustrations had been invented as a way of enticing readers to open up a book and have a decent sniff of the pages inside. Indeed, all books looked pretty much the same, the cover was simply something solidish to protect the delicate delights that lay within.

But then, about 120 years ago along came a chap – let’s call him Derek – who thought a pretty picture might be a nice idea. Actually, it might be better to call him Богдан because it was the Russians who started the craze.

Unfortunately, little did Богдан know, that he was opening Pandora’s Box. The best thing I ever read about cover design – and I wish I could claim to have written it – was the magical wisdom “Just because you can design your own book cover doesn’t mean you should.”

At Printondemand-worldwide, we not only carry out innovative, electrifying and downright gorgeous cover designs, we also print a lot of material for everyone ranging from some of the world’s largest publishers to old Bert from down the road who’s cobbled together some of his mucky limericks into a self-published book.

As Design Services Manager, I get to see an awful lot of covers that are supplied for us to print. Some sit there smugly, looking down their nose at me as if to say “You wouldn’t have had the imagination to design me, would you?” and after a tense stand-off I’d growl back something like “Yeah, but at least I’d have got the spine width right” and we’d call it quits.

On the other hand, a lot of covers just sit there crying out for me to hit the delete button and put them out of their misery. Unless you’re a frighteningly talented professional artist, don’t draw your own picture for a book cover. If you’re not excruciatingly adept at using Photoshop, don’t try superimposing a person’s face on a lion’s body. Actually, just don’t do that even if you can.

In fact, to cut a long story short, leave it to the experts.

“I want a soldier with an eye patch and an obvious arm injury limping through a forest scene, being chased by a pack of hunting dogs and carrying a new-born baby in his good arm, with helicopters overhead, one of them exploding. Then there should be a ghost-like apparition of five nuns to one side of him. And an old Celtic stone cross just in front of him,” an author would say. It’s almost as though Basil Fawlty were egging him on. “And herds of wildebeest sweeping majestically...”

Golden rule number 1 – Keep it simple. Don’t over-complicate the cover giving the poor, downtrodden reader too much to take in.

There is something worse. Something so despicably evil that I can barely bring myself to write about it. Beelzebub himself would be proud... of any cover using... gulp... Comic Sans for its title.

Comic Sans is for comics, for goodness sake! After you’ve invested 28 years of your life in researching your three-volume magnum opus The Pantologistic Ephemeris to Neo-Floccinaucinihilipilification in Post-Arthurian Sub-Wessex Dynasticism and you’re ready to unleash it on the world’s most learned scholars, don’t use $&*@ing Comic Sans!

At least if you take away nothing else from this, let me share with you the interesting fact that those symbols used in place of naughtiness are called grawlixes. There, you’ve learned something new.

Print on Demand Worldwide are sponsoring our 15th September event on New Print Models. You can book to come along here. 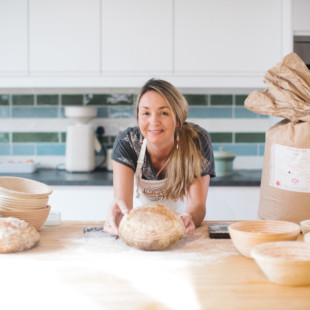 Jess Mooney is Founder and teacher at Bread for Life. A Real Bread Enterprise hosting popular, practical workshops, sharing her passion in creating, beautiful, handcrafted breads, from grain to plate. A self- taught baker and self-confessed bread addic …