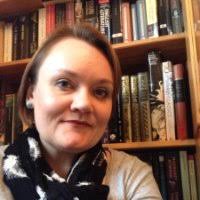 Posted by Justine Solomons on 22 November 2018, in Byte Experts, News

One of our founding members, Caroline Goldsmith worked in-house for various publishers (from independents to one of the big five). Her official roles have taken her through sales, marketing, publicity and rights and contracts but experience within small organisations also meant that she worked closely with editorial and production, gaining a fully rounded view of the publishing process. She also ran an independent press, Red Button Publishing. Now she helps authors publish independently both with us and via www.goldsmithpublishingconsultancy.com .

Continuing our Byte Experts series here's some of her advice to authors on avoiding the pitfalls of self publishing:

There are publishing scams out there. But they are easy to spot if you know what you’re looking for. Here’s my list of warnings and some tips for navigating your way through the process:

1: Dodgy contracts: Some scam outfits will try and bamboozle writers with complicated contracts. The contract may include a rights grab - where the writer is tricked into signing away rights that the publisher has no intention of exploiting (like TV or audiobook). Other contracts may have no termination clauses so even if a publisher does not fulfil their promises the writer cannot take their work anywhere else or even publish it themselves. Signing a contract that is eventually revealed as a bad deal is like being trapped in an unhappy marriage for authors and you will face a legal fight to get your book back.

2: Are they aimed at writers or readers? Successful publishers will be trying to reach readers because they are the people that make bestsellers. Is the publisher sending you unsolicited emails? Are they targeting you through social media? If they are making more of an effort to get the attention of writers than readers you might want to question exactly who they are making money out of.

3: Google the company. Are they advertising on search engines for writers to submit to them? Ask yourself whether you would see a similar paid-for Google ad from a company like Penguin Random House. You wouldn’t. It’s also really easy to find reviews of companies that have already burned writers. Some reappear under new names after the first name is tainted by legal action or consumer complaints. Search for as much information as you can. Treat them with total suspicion until your search proves they have nothing to hide.

4: Fees: This is perhaps the biggest giveaway that an outfit isn’t on the level. Whether the charge is for reading your manuscript, editing and cover design or the cost of printing the book, an honest publisher will not ask an author to cover any of this cost. Fees can range from a few hundred pounds to thousands. The highest fee I’ve seen quoted has been £7,000 and it’s worth knowing that for less than this a writer can publish themselves quite professionally on print-on-demand platforms, using freelancers and retain full rights to their own work.

I hope these hints help you navigate your way through the cowboys. It’s worth bearing in mind that there are way more good guys out there than bad. And that, with careful planning and budgeting you can publish yourself independently for far less than £7K. There’s a wealth of freelancers like myself on the Byte the Book Directory offering a friendly and honest service on anything from editing to cover design to ebook formatting. So, if in doubt, don’t sign on that dotted line just yet.

Caroline can be contacted  via  www.goldsmithpublishingconsultancy.com  or on Twitter via @GoldCaro 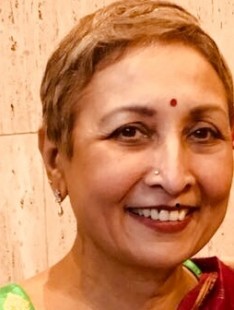