Report: What are the latest innovations in publishing today? 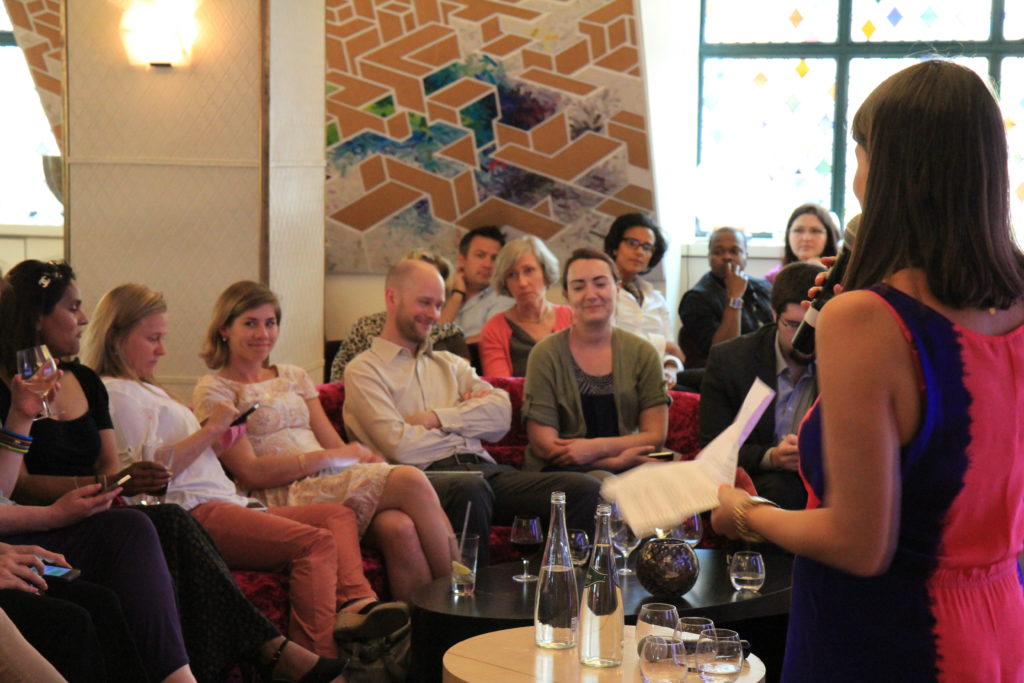 Posted by Justine Solomons on 23 May 2014, in Event reports, News

The debate began with a few thoughts on how publishing professionals define this rather elusive word.

Host Justine Solomons thanks May sponsors The Publishers Association (sitting on the pink sofa in the front row).

Theo pointed out that innovation is, by its very nature, almost impossible to predict or anticipate. He stressed the importance of distinguishing between innovation and novelty, stating that proper innovation changes how we do things in a long-term way (the book itself, for instance, was one of our earliest true innovations - and, centuries later, it has barely changed). Michael described himself as “suspicious of the word”, adding wryly that “it’s something people trot out when they want to get an MBA”. For him, genuine innovation needs to be both really new and really useful. So, by this definition, eBooks technically aren’t an innovation, as in their basic form they simply replicate the business model of print books. Sara, meanwhile, was keen to add that innovation needn’t be ‘successful’ (as in monetarily so) to be considered important.

So, what are the current best examples of innovation in the publishing world? Sara praised the work of Nottingham-based sci-fi/fantasy publishers Angry Robot, as well as Macmillan for their recent Instagram “Choose Your Own Adventure” Game. Hot Key, too, are innovating in their own sector of the industry, the children’s market; for example, a recent Hot Key project saw an author writing a chapter a week, actively inviting feedback from young readers, adapting his novel accordingly and listing the contributors’ names in the finished product. Much positive mention was made of the games world, where Theo pointed out that people become millionaires quite literally overnight by displaying extraordinary levels of ingenuity and creative flair. Grand Theft Auto, he said, was spectacularly innovative, but its ubiquity is such that we now sometimes forget this. Michael added that while much recent innovation in publishing has been on the technical side, we’re beginning to see innovation in content, and this is enormously exciting. All the best innovation, he underlined, is author-initiated and story-driven.

The discussion concluded with some reflection on how the publishing industry can innovate more effectively in the future. Sara suggested that publishing professionals need to “blow their own trumpets more”, stressing that we must talk to each other, help each other and share ideas. However, she added that, at its heart, this business is still just “putting one word in front of the other”. Theo underlined the importance of getting it wrong, hundreds of times, then narrowing down to focus on what really works. “Ideas are a dime a dozen,” he explained, “so you have to weed out the good ones”. Michael brought up Clayton Christensen’s book The Innovator’s Dilemma, which postulates that companies find it hard to innovate because innovations, by definition, disrupt pre-conceived business models, and most companies can’t (or won’t) do that. However, he warned, “if you’re not innovating, you’re being innovated at”, and someone else will swoop in to disrupt your model if you’re not prepared to do it yourself.

Another full to capacity crowd at The Club at the Ivy.

Finally, observed Michael, there’s no such thing as a new idea - just an old one, reinvented. Which must mean it’s time for the rest of us to get out there and do some reinventing...

If you enjoyed this report why not book to join us at The Club at The Ivy on Monday 16th June 2014 .