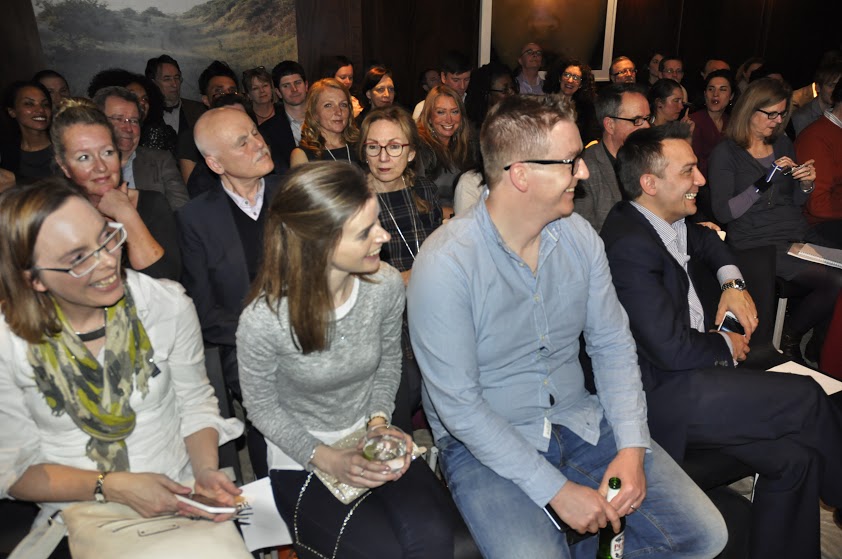 Posted by Justine Solomons on 19 February 2015, in Event reports, News

February’s Byte The Book was an author-focussed affair, turning the spotlight on best-selling independent novelist Mark Dawson. Interviewed by Amazon’s Darren Hardy (UK Manager at Kindle Direct Publishing), Mark revealed to a rapt audience at the Groucho Club how he went from disillusioned traditionally-published writer to a veritable poster boy for the independent movement.

Mark was originally published by Pan Macmillan in 1999, and while he was impressed by the people, his response to the experience itself was anything but favourable. Specifically, he was shocked to find that, upon publication, the extent of the company’s marketing strategy was to hand him a box of copies and say “knock yourself out”. The novel didn’t sell especially well and, a little bruised, he ret

reated from the publishing spotlight.

Our fantastic sponsors ePub Direct at the front row of our inaugural Groucho Club event.

When he returned to the industry some years later with a novel called The Black Mile, Mark found himself receiving a litany of “very nice rejections” from mainstream publishers. Self-publishing was, in a sense, his only option, but he stresses now how pleased he is that things panned out in this way. He believes that he is in a far stronger position today as an independent author, and the evidence more than bears this out.

One of the secrets to Mark’s success is volume of output. A prolific author, following The Black Mile he went on to publish a total of 750,000 words in one year (across a series of novels and novellas) and, as each month passed, his profile blossomed. Reviews piled in, sales stacked up, and once he reached the point where his income from writing was matching his salary as a BBFC lawyer, he quit his job and went full time.

The Groucho Club's Gennaro Room was filled to capacity, it was very cool and quite cosy in our Soho venue.

As the floor opened up to Byte The Book’s audience, inevitably most questions were targeted at exactly how Mark has achieved this level of success. The over-arching message was this - being a best-selling self-published novelist takes serious work. Many writers fantasise about ‘giving up the day job’ in order to spend all day writing, but, at least for the self-published, this is something of a false aspiration. In order to maintain momentum, Mark splits his time equally between writing books and managing his business, the latter of which includes interacting with readers, analysing marketing data and coordinating with his team. This is vital because he wants every one of his books to be indistinguishable from traditionally published novels - a goal he achieves by working regularly with paid professionals, from editors and designers to social media experts.

The audience sought advice from Dawson and shared their own experiences with digital publishing.

As for promotional tricks, Mark engineered what might be considered his ‘big break’ when he included The Black Mile on one of Amazon’s free giveaway deals, and racked up 50,000 downloads in less than a day. When the book became paid again, he had natural velocity, an avalanche of glowing reviews and a whole community of readers telling their friends about him. He’s a keen advocate for free products (signing up to his mailing list gets you four free books in just a few clicks), even suggesting that writers make the first novel in a series perma-free so as to hook in new customers. He also recommends Facebook ads (“I might spend $1000, but I’ll make $4000”) and a healthy mailing list, which he builds with calls-to-action at the front and back of his books. Pivotally, he regularly surveys his fans, mining them for data and using the findings to target his output. If writers are willing to invest this level of time into understanding their customer base, he stresses, it will pay off. Darren Hardy's invaluable knowledge proved to be a big attraction as the crowd mingled after the presentation.

Is Mark Dawson’s route to bestseller status applicable to everyone, or a guarantee of success? Far from it, he says - but the beauty of self-publishing is it allows you to tailor your career to your individual goals. Figure out what you want and, if you’re prepared to work for it, the rest will fall into place.

If you enjoyed this report and want to keep up with the latest happenings in publishing as well as network with publishers and authors alike join us at The Groucho Club on Monday 16th March  2015.

Click on this link to see more of the official photos of the event. 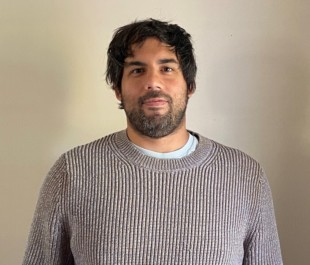 Damien is the founder of Indie Novella. Indie Novella is a non-profit independent publisher, bookseller and social enterprise devoted to publishing new and under-represented authors. Damien is both an Indie Novella founder and author, his heartwarming …