Report: Byte The Book at Google – New Writing: What Opportunities Are There for Authors on Today’s Platforms? 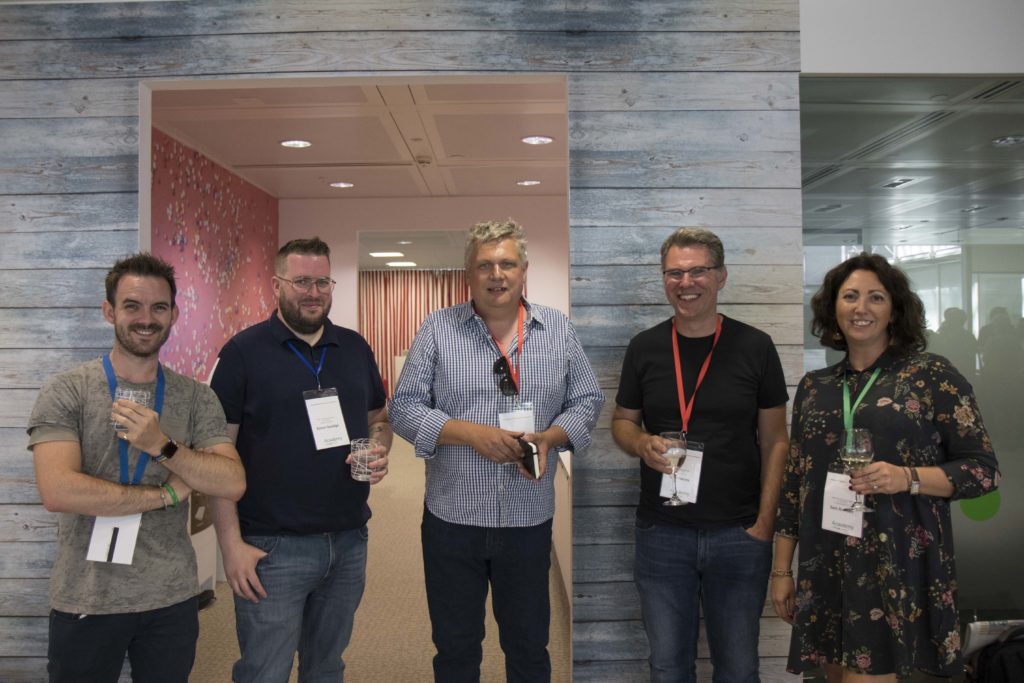 Posted by Justine Solomons on 16 July 2018, in Event reports, News

In a seaside inspired room with beach huts, oversized deck chairs, a panel on swivel chairs, and drinks and nibbles provided by Google, July’s Byte The Book at the Google Academy was the perfect stage set and playground for the exchange of alternative opportunities for writers. Mark began by asking the panel what opportunities each of their different mediums offered authors. Colin, who has a PhD in the interplay between storytelling and play in video game media, explained that he is currently working on a virtual reality title in which part of the challenge is to discover what the language or grammar of the virtual reality medium is. As it is so new, there is huge opportunity for exploration and innovation. He explained that there are two levels of writers working on games: narrative designers who work on the more complex narrative ecology and game writers who write the barks (character dialogue). Nick felt that with the growth of digital markets in publishing, such as ebooks and audiobooks, a huge range of opportunities have been opened up to writers, not only through different publication platforms like Kobo writing life, but also in terms of the kinds of content they can produce. The panel in full flow

Sam was keen to talk about one of her projects for CBS Reality, Written in Blood, which looks at the true crime cases that have inspired writers, putting authors, crime and television together. Now on its second series, the programme has created new opportunities for crime writers. Given all the research they do, they were able to use that knowledge in a different medium. With the accompanying podcast series, which delves deeper into the background of the some of the cases, they were adding another medium, another level, and used the experience of radio executives to exploit this medium to its best. Audience and panel in action

Simon spoke of his experience with different mediums, working in wordpress, producing a podcast, vlogging and being on booktube, and felt that all writers need to be on multiple platforms and have a decent digital platform. When Mark asked what he felt the difference was between traditional reviewing and vlogging or making a podcast, Simon felt the real difference was that you can have more fun with the digital element. Mark asked Sam if authors needed to learn new skills to work with television and again Sam spoke of her true crime series, Written in Blood. She stressed that, whilst authors did need to learn new skills for a new medium, the most important thing was to get all of the collaborators together around a table to state their goals for the project. Honesty about what you want to achieve in a project is key to helping everyone work together. Simon and Mark keeping us all amused

Mark then turned to Colin and asked how different it was to write for virtual reality or video games as opposed to writing novels or comics. Colin reassured us that the ability to tell a good story is paramount in both mediums. He compared writing for games to writing a musical (or an opera) where there is a break in the main narrative for a song, which ideally you would like to use to move the plot on a little, before you move back to the main narrative. He compared the songs to cut scenes in video games. Virtual reality is a further challenge to this however, as you are always immersed in the narrative so it’s harder to figure out what a cut scene is in VR. Regardless, the ambition of game writing is to tell songs that progress the narrative. Rebekah taking notes for this report

When asked whether Colin brought writers in to work on games, Colin said yes but explained that games are a very specific medium. For example you can’t do big crowd scenes (because of technical issues with frame rates and budgeting constraints). So whilst there are common skills that all writers need to apply, there are specifics to each medium too and given that virtual reality technology is moving so fast, you need to be immersed in the medium to write for it. So whilst working across different media opens up opportunities, you need to know the medium you want to write for. Mark asked Nick what authors would need to do to work for his medium and Nick spoke about voice application software such as Siri, Alexa, Google Home and of course, StoryCastle etc. Writing voice application software is like creating a narrative. It starts with a name - Google refer to the requests sent to their assistant (Google Home) as ‘invocations’ - and then you need to ask does this entity have a gender, a personality? You’re creating a matrix of responses based on what the user says and though it’s term based, with the assistant searching the user’s speech for synonyms of, or recognisable commands, you are always trying to get the user back into the core narrative, pulling them into a distinct set of responses but it also has to be fun. You can’t just have one welcome message, you need five or six. Though it might help to write for these programmes if you have a better understanding of AI, Nick felt it wasn’t a requirement. Katie John asking a question from the audience

Mark wanted to know how writers could get into working with television and Sam explained that they are always open to new ideas and new ways to look at true crime. She promised to send an email to Byte The Book explaining how to pitch to AMC. She also suggested looking into production companies that might share similar interests. Whilst you have the extremes of ABC with writers rooms, you also have the smaller factual companies like AMC who are confined by budgets. She explained that some programmes won’t have a specific scriptwriter. Sometimes the producer is also the writer. She went on to suggest that the best way to approach working with different media - and here she used The Long Way Round as an example - is to think about each medium and to exploit its specific parameters as best you can. So you tell the same story, or have the same precis in different mediums - e.g. TV series, book, film - and they can sell each other if each delivery is tweaked to exploit the best of each media. There was plenty of time for networking as well as the chance to watch the football, we have Michael Kowalski and Clare Somerville here

Simon said that the way into vlogging, blogging and producing podcasts was just to ‘give it a whirl’. The important thing is to think about the story you are trying to tell about yourself before you start promoting something because people can spot if you’re not being genuine. ‘People are more likely to engage with you if they like your story.’ For example, it made sense for him to promote Joanna Cannon’s books when he discovered she’d written about butterscotch Angel Delight. As a huge fan of butterscotch Angel Delight, there was a personal link that sold his own story with hers and given that about 100-150 authors get in touch with vloggers in just one week, you need to think about what books have this kind of connection. He assured us that he was one of the least technological people, that he did everything using apps on his phone and encouraged us to ‘just enjoy it’. With some pertinent questions from the audience that had Nick talking about book categorisations, Simon his software choices and Colin having to quote a non disclosure agreement before revealing new virtual reality game developments, the discussion was ended to celebrate Simon’s husband’s birthday and to watch a game of football no one now needs to mention. Another great Byte The Book event. 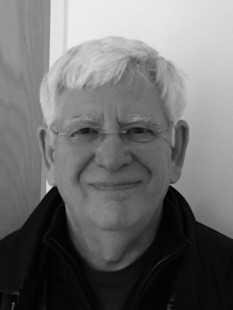 Now a novelist, I’ve previously been a teacher, education consultant and gigging jazz musician. I grew up and went to school in Hackney, East London. I completed The Broygus, my first and as yet unpublished novel, thanks to an inspiring year as a parti …