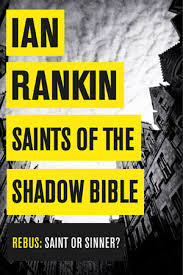 Posted by Justine Solomons on January 2, 2014, in Recommendations


Fans of Ian Rankin’s creation John Rebus were thrilled when the cantankerous old copper came out of retirement, and though his debut return Standing in Another Man’s Grave wasn’t quite as gripping as it might have been, just having Rebus back in action was reason for rejoicing. In Saints of the Shadow Bible, though, Rankin has really hit his stride again, and delivers a solid and enjoyable crime thriller.

A man out of time in a world where policing is as much about politics and procedures as it is about catching bad guys, Rebus finds the ghosts of his past catching up with him when a revisited murder case throws suspicion on some of his former colleagues, and Rebus finds himself torn between old loyalties and a need to uncover the truth. He’s even forced to work alongside Malcolm Fox, the internal affairs investigator who has plenty of doubts about the skeletons in Rebus’ own cupboards. While I found Fox unexciting as a protagonist in his own books – the underwhelming The Complaints and The Impossible Dead – he’s a perfect foil to Rebus, and the pair’s thorny relationship is one of the novel’s main pleasures. It’s also great to see how Siobhan Clarke, Rebus’ former partner, has flourished, and she never feels like simply a sidekick.

As ever, Rankin’s work is grounded in the realities not only of modern policing but also of modern Scotland – the two figures at the heart of the book’s main crimes are on either side of the Independence movement – so the story always feels utterly believable, avoiding the wilder flourishes of many contemporary crime writers, for whom a serial killer lurks in every shadow. Rebus might be feeling his age these days, but here’s hoping he doesn’t go back into retirement for some time yet. 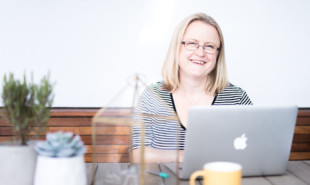 I help authors with their social media presence, either building on their existing presence or helping them to get started if they are new to social media. I help busy publishers and book related businesses by devising and managing Facebook advertising …