Quantum Conference – Consumer Insight and So Much More 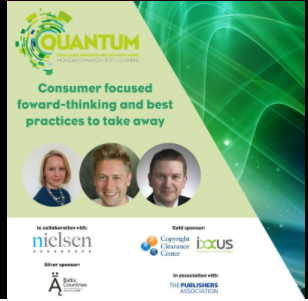 Byte Consultancy's Hermione Ireland was at the Quantum Conference on Monday 13th March, here's her report:

London Book Fair’s Quantum Conference runs the day before the book fair opens and is focused on some of the hot topics in the industry at the moment, particularly focused on consumer insights and making the most of social media platforms, as well as lots of data coming from the partnership with Nielsen. Knowing your consumer and giving them what they want was the main theme of the day and applies equally to publishers, booksellers and independent authors. For half of the day there were two sessions running concurrently and I didn’t attend any of the How it Works sessions but learnt some interesting lessons from industry experts both old and new.

A thorough overview of 2016’s book sales showed that the book market was buoyant for the second year running with audio growth still in double digits. 360 million books were bought in 2016 and while printed fiction was flat, non-fiction and kids print books were both up. And as we know, ebooks continued to fall although they now account for 25% of all books sold and are still selling strongly across several fiction genres, self-help and business books. The price of ebooks has risen and there was debate on whether Amazon’s self-published title sales have plateaued, although other conversations around the fair also question whether there are many unrecorded ebook sales out there. Bricks and mortar bookshops had a great 2016, up 4% but more books are still bought online by both volume and value. One slightly disturbing trend has been the fall in books bought by women over the last five years, attributed to a significant fall in books bought as gifts. The audio growth has largely driven the success of subscription services, while the same channel has not been significant for ebooks.

Sophie Corcut from GDR Creative Intelligence may work mainly with large FMCG and financial services clients with large budgets for both insights and brand campaigns but made some good points about the value of customer centricity. Don’t just know your customer, be your customer and partner with them, don’t just think about things like loyalty programmes. When using data on what your customers do, fail and repeat, don’t just keep looking at it. Even failing can show that a brand has a personality. She showed a brilliant US ad from Organic Valley, here.

The next session included examples that were much more useable to smaller publishing businesses. ‘Leveraging Data for Insightful Publishing’ included PRH’s Head of Insight, Louise Vinter and Lauren Romeo from Tekstum Solutions which extracts data from social media, but Flame Tree’s Nick Wells was a great advocate for small businesses testing ideas with their engaged customers. He uses Facebook and listens to his consumers more than the retailers (which got an appreciative laugh from the audience). They were agreed on the value of qualitative research over and above quantitative. Flame Tree are very focused on growing their mailing list and visits to their website - their use of metadata with book descriptions as well as tags has made a huge difference not just to site visits but also to direct sales. And PRH look at data to understand wider trends and use that understanding to put back into the business.

Sara Lloyd from Pan Macmillan and Katie Roden gave a great walkthrough Pan Mac’s 2016 Christmas campaign which was all about video. Wrapped with Love was about doing something that was focused on the audience rather than the titles but that was also sales driving, and that was charming enough to be shared. They came up with 15 short videos that were optimised for all platforms with the book up front but which was about personalising the wrapping of presents for different people in your life. They were able to test calls to action and paid media, and looked at audiences’ intentions rather than their demographics. Their click through rates far outperformed the norms on both Facebook and Outstream. Their main takeaway was that people love non-hard sales messages and videos that tell a story.

Continuing with the video theme, Lisa Sharkey from HarperCollins US and Erin Murray Manning from Facebook walked through HC’s use of Facebook Live, which they’ve been using since it’s launch last year. This is a great tool for any author with a reasonable following - their audiences want to engage with them in an authentic and real way, with handheld filming from phones being preferred significantly over expensive studio productions. HC have had 150 authors doing it so far with 11 million views and 290,000 reactions, and it’s free to use. Videos need to be from 15 minutes up to 45, audiences need to know you’ll still be online if they hear about it on the day.

The YA session chaired by Jane Harris from Bonnier explored the most literate generation ever. They discussed horror being the next big genre and how the young don’t want books on diversity, they want diverse books. The importance of social media and the way in which successful authors engage and immerse themselves in the platforms are not coincidental in its huge success in the last few years.

Two short presentations on social media (Charlie Cottrell from We are Social) - avoiding being a condescending brand, make your communications 80% emotional to 20% functional, and plotting what people are doing at every point in the day to make sure your comms are appropriate, and building communities (James Woolam, F&W Media) to whom you can then sell to/commission for both linked back to data and knowing your consumers. Video again was king as the content form of choice for how to communities.

The conference ended with a light hearted conversation between Nigel Newton and Dominique Raccah, moderated by Jacks Thomas. Nigel called this the golden age of independent publishing and said he’d never regretted setting up Bloomsbury. Lots of useful learnings for both publishers and independent authors throughout the day. 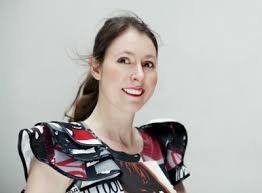