Publish and Be Defined 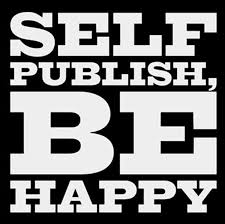 It’s fascinating to witness, especially in one’s own industry, the development of a term which – for whatever reason – has become questioned or contested.  There has been a high-profile battle raging for some time now, in print, social and other media, over what to call and how to categorise those people who fund their own publishing.  By this I mean individuals, of course, as otherwise we are talking about publishers. I haven’t heard the term ‘vanity publishing’ used recently, and ‘self-publishing’, which had sat smugly in place for some time, is being jostled sideways by the term ‘indie publishing’.  The last should not, of course be confused with ‘independent publishing’, which itself is not an easy category to define with precision.  ‘Self-publishing’ is in itself inaccurate, except in those cases where print machinery shares living space with the author, a more accurate designation being  ‘self-financed publishing’.  Each of these terms carries its own knapsack of assumptions and implications which, until recently, seemed to be largely negative and dismissive.

The profound changes in technology which have greatly broadened access to physical and digital publishing have naturally raised, or highlighted with greater intensity, the questions about value and legitimacy which always pertained to indie books (for ease of writing, if no other reason, I shall persist with that term).  The changes in language reflect this process, and it has been interesting to see the debate about how indie authors and books should be regarded move from a fairly hostile and entrenched to a more conciliatory tone.  I don’t think anyone could seriously claim that a writer of quality and merit, define those terms how you may, will necessarily be adopted by a publishing house, and the examples of books which have attained global best-seller status having been initially ignored by ‘official’ publishers are many in number.  Equally, it would be a brave person who said that editorial judgement and rigour were such that everything produced by said houses has glittered with quality and made a serious contribution to culture.  This embracing attitude to a diversity of publishing models and content has been recently reflected by, for example, The Guardian’s ‘self-published book of the month’ prize and a specialist annual equivalent for historical fiction.  The latter, run by The Historical Novel Society, has been championed by a doyenne of both the indie and historical novel-writing worlds, Helen Hollick, whose blog post ‘Why I went Indie’ is well worth reading as a summary of the relevant issues.

I should at this point declare a somewhat vested interest, in that Printondemand-worldwide has an author services arm called Fast-Print, which has seen all manner of content brought into print, from family histories through poetry collections to incredible tales of travel and exploration.  It is, however, my sincere belief that the more diversity we have in publishing, the healthier the industry will be and that, along with ingenious new models such as crowd-funding, we ought to welcome a plurality of voices and routes to print as a benefit of technological and cultural progress. 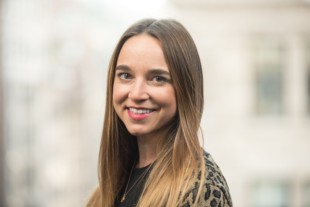 Anna Svoboda is an American writer navigating the lit scene London. She works as a senior copywriter at music streaming service SoundCloud, is pursuing a writing MA from London Metropolitan University, and is trying to live a write-able life in her spa …