Provocative Tale of a Modern Mother – Wounding by Heidi James 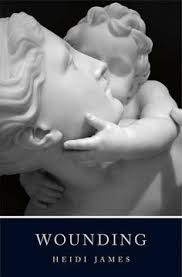 Posted by Justine Solomons on 13 March 2014, in Recommendations

When I begin a novel, I anticipate a journey into new or differently interpreted experiences and I hope to be provoked into new or deeper avenues of thought. Wounding satisfied all these hopes. The novel tells the story of Cora, a woman in her thirties, who seems to have everything: a loving husband, two children (boy and girl), a good job, a house with a garden. But Cora is not happy, she is lost in a world in which the demands of others, specifically of the family, define her, robbing her of a sense of her own identity.

Half of the narrative is in Cora’s husband’s voice. He tells us the story of how they got together and their life as a couple. He is so desperate to make their marriage work that despite being haunted, almost mesmerised, by the absence he senses in Cora, he does his best to see what we all expect to see, not what is really there.

Wounding is painful to read because it asks difficult questions we prefer to avoid. At the heart of Wounding is what society sees as the unnatural mother, the monster we hide in a labyrinth of excuses, tiredness mostly. Every mother has experienced a longing to be alone and a subsequent feeling of horror once the longing is granted – what are we now the needs of others are not there to direct our actions?  Every mother has lost control, shouted, felt remorseful, a failure. Cora is the deepest expression of those anxieties and though she does nothing beyond what could be tamed into normality, her coldness is shocking even to Cora herself. She understands her own monstrosity and seeks to absolve herself in pain. Some may find this search unnerving, it is a religious sort of purging she seeks, and eventually it consumes her. The pain remakes her, allows her to feel herself again. The beginning of the novel suggests that that remaking process is ongoing, that the challenges of marriage and parenthood cannot be easily shrugged off, and remain even after the darkest of actions.

Provoking debate around the difficulties of being a modern mother makes Wounding a seriously important contemporary novel, but Wounding is not only contentious it is also beautifully written. You feel drawn in to the extent that I almost couldn’t breath as the words compelled me to absorb myself in Cora’s world. Wounding is a beautiful, brutal novel that should be on the top of all the most important reading lists of 2014. Out in April and published by Bluemoose Books, make sure you pre-order your copy now. 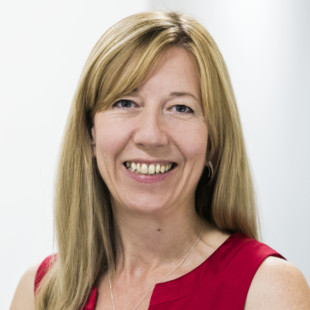