Report: How Can We Sell More Books Through Non-Traditional Retail Channels?

Posted by Justine Solomons on 16 November 2016, in Event reports, News

On the evening of Monday 14 November, Theresa May declared during her Mansion House speech that “we meet today in a world transformed … change is in the air”. Meanwhile, across town at Byte The Book, HarperCollins’ Sam Missingham (who would have a good shot at Prime Minister herself if the publishing industry were in charge) said to a packed house at the Groucho Club: “Writing and publishing books has never been more important in taking the moral high ground against fascism”. Which earned, quite deservedly, a resounding round of applause.

The subject on the table at November’s event was non-traditional sales and retail channels, and how they can be utilised to sell more books. Sam, who was chairing the discussion, opened the floor by asking the panel to talk briefly about what these non-traditional channels actually are. Popular book blogger Leena Normington explained it this way: the kind of people who attend Byte The Book probably self-identify as “bookish”; we go to bookshops, we actively seek out books and consider them central to our lifestyle. Non-traditional sales channels, she explained, are for everyone else. The people who “don’t know they want a book”, and maybe enter a bookshop once a year at Christmas, if at all. Ruth Jones, director of business development at the Ingram Content Group, echoed this sentiment, adding that one of the biggest challenges facing writers and the publishing industry today is attention span. In the online world, there is always some other nugget of content a customer can turn to, and it’s this alternative content that we’re competing against. Publishing services specialist Alison Jones agreed, reflecting that “this economy runs on content … it's voracious, and it is never satisfied”. The challenge, she concluded, is figuring out how to reach your audience. Nothing happens without awareness and attention - and people rarely buy a book cold - but if you can find out who has the ear of the people you’re trying to reach, you’ll be halfway there. The panel made us smile and we learnt lots too!

Ruth then moved on to discussing the role of aggregators: companies that open up the traditional publishing supply chain to individuals, allowing them to make their books available across multiple platforms. Ruth’s own company, Ingram, runs a popular service called Spark, where authors can sign up online, upload their files, pay a modest sign-up fee (which is waived when a certain number of books are ordered) and then sit back as their product appears across all the recognisable outlets, from Amazon to Kobo. The reader is offered a consumer experience they can be confident in, and the time-starved writer is freed up to return to their masterpieces. On this topic, Alison also name-checked a service called Overdrive, which does a similar job for the library sector, a route to market that indie authors often neglect. Audience member, Radcliffe Harris (pictured here smiling in glasses and white shirt) was called upon to give insight into special sales at Harper Collins

Finally, Leena talked about her work as a booktuber, which began “largely out of boredom” but has grown into a hugely popular channel with over 40,000 subscribers. When she posts author interviews on YouTube, affiliate links direct readers to the Book Depository, and she earns a commission on each sale. The Book Depository is popular in the booktube community, chiefly on account of its free shipping policy, and Leena revealed that she often earns between £100 and £200 a month on commission (which, based on her cut of 5%, demonstrates that she’s helping to generate monthly sales in excess of £2000). When asked by writers in the audience for her tips on approaching booktubers, Leena stressed the importance of “organic” interaction. Rather than bombarding people with review requests, she advised becoming part of social media conversations, joining the community, and getting to know the tastes and reading habits of individual bloggers before approaching them. Quite a bit of networking was done, a considerable amount of alcohol was consumed

All in all, Trump or no Trump, agreement was unanimous. In a changing, unpredictable world, we need great books and inspiring stories more than ever before. 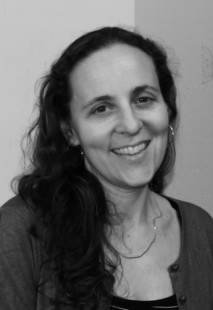 Amelia B. Kyazze is a writer, photographer and editor based in southeast London. Her debut novel, Into the Mouth of the Lion, is due to be published by Unbound in 2021. Based on her notebooks and photographs from when she worked in Angola in 2002, the …