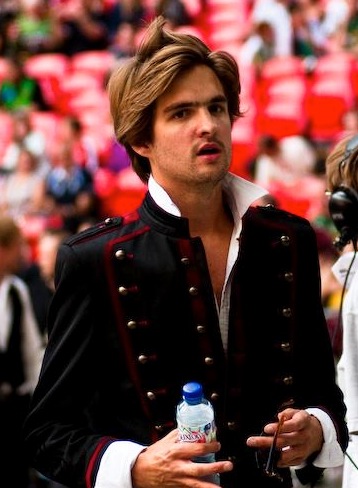 Posted by Justine Solomons on 1 July 2014, in News

Our writer-in-residence Christopher Russell recently published his debut novel Mockstars through Red Button Publishing − a connection that was made at Byte the Book. In this interview, both writer and publisher talk about the importance of networking, and how Byte the Book was instrumental in bringing them together.

How did you first come to attend Byte the Book?
I crashed into the publishing industry in early 2013, having spent over four years working on my debut novel, Mockstars. The book was inspired by my tour diaries for rock/pop band The Lightyears and, as a full-time musician, I was entirely new to publishing − I knew nobody. I was just beginning to push the book out to agents, but I had this feeling that there was only so much I could achieve sitting at home, leafing through the Writers’ & Artists’ Yearbook. I knew I had to get ‘out there’ (whatever that meant) and, one day, Byte the Book popped up in my Twitter feed. The idea of larking about at the Ivy rather appealed to me, so I booked a ticket and went along.

What were your impressions of that first event, and the industry in general?First, bear in mind I was transitioning into publishing from a very different industry. I adore the music business, but it’s also cold and ruthless and there’s nobody to hold your hand. People are constantly trying to out-cool each other (plus most bands have been screwed over at least once) and this leads to a general standoffishness between the artists and the suits. Relative to this, the publishing industry felt like one of those soft play areas you take toddlers to. Everyone was incredibly friendly, endlessly passionate about their careers and genuinely interested in what I was doing, even if it didn’t directly correlate with their line of work. I probably made more connections in one evening than I had in the previous two years in music. For instance, after that first event, I spent three hours in the pub with top literary agents James Wills (Watson, Little) and Zoe King (The Blair Partnership), who were not only thoroughly charming but also gave me tons of advice about finding representation. I wandered home that night through Leicester Square, slightly tipsy, feeling like the publishing world was far, far smaller than it appeared from the outside ... and, what’s more, chock-full of brilliant, approachable people.

You met Red Button, who would eventually publish Mockstars, at one of our events. Tell us more about how that came about
After a handful of BtB events I noticed Justine advertising for a writer-in-residence on Twitter. I jumped at this opportunity straight away because I knew it would help with meeting people and, more importantly, get me a seat on the front row (I don’t want to go on about it, but I also got my own sign). It just so happened that my first gig as writer-in-residence was being sponsored by Red Button Publishing, who I had checked out on the internet and pegged as a potentially good match for Mockstars. I mentioned this to Justine, who said she’d introduce us on the night. True to her word, Justine got Karen and I talking, I rolled out the old elevator pitch, submitted the novel to them the next day and a few weeks later they offered to publish it. Around about the same time I landed representation with Ed Wilson at Johnson & Alcock, and it began to seem like all the pieces were falling into place. Just five months previously I had rocked up at the Ivy with no contacts, no agent and no publisher ... and now I had all three. Byte the Book was absolutely instrumental in making that happen.

How did you first come to attend Byte the Book?
Karen Ings and I attended the very first Byte the Book event in early 2012, having been told about it by a colleague of mine, Karina Luke at Penguin Books. There were just twenty or so attendees and we spent the evening in a heated debate about whether digital publishing was a good or a bad thing for the industry. I was firmly arguing the case for the former as I saw nothing but opportunity and exciting challenges in digital publishing and had made it my business to learn as much as I could about that side of the business. For me, it was the first time that digital had been discussed in terms of the effect on our culture and reading habits. It raised issues much wider than simply ‘How do we market ebooks?’. It raised questions about whether people would still be reading in fifty years’ time and what we could and should do as an industry to ensure that they would be.

What has Byte the Book meant for you?
Karen and I have been friends for years and had been discussing the possibility of setting up an independent publishing company for some months before we attended the first Byte the Book event. Justine Solomons and the Byte the Book environment really helped to give us the push we needed, and we founded Red Button in August 2012. The networking events have played a crucial part in our work since then. Despite having nearly three decades of publishing experience between us, there was, and always will be, so much to learn about running a small press. We do all our own editorial, formatting, design and production work, as well as our distribution and marketing, so being able to consult a network of professionals is invaluable. Hearing professionals from other media industries like the music business and magazine publishing has also really helped to shed light on the challenges of dealing with a digitising world and thrown up some interesting ideas for the future. And regularly attending Byte the Book events has led us to some fantastic writers − including Chris!

How has digital publishing affected the relationship between author and publisher?
One of the crucial changes in the last few years has been the rise of the author. Authors have always been at the heart of books, but they haven’t always been at the heart of publishing. For example, London Book Fair was once chiefly an industry event, but now authors are actively encouraged to attend and there is a programme of events designed for them. Authors no longer need publishers to get their work out there. One of our key challenges is to make them want to work with a publisher, and that changes the dynamic significantly. As a small publisher, we’re able to work very closely with all our authors. They are involved at all stages and as a result we hope that we offer a much more personal experience than larger publishers. I think this is exciting for both writers and publishers alike, but also for readers, who not only have more choice than ever before, but who find it much easier to access their favourite authors online and through social media. Byte the Book really encapsulates this change − at every event, writers and industry professionals are networking and making books happen.

Mockstars is now available to buy. Visit www.MockstarsTheNovel.com to find out more. 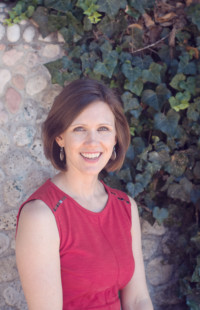 Sarah Andrews is a writer who studied Journalism and Creative Writing at the University of North Carolina, Chapel Hill. She’s lived in North Carolina, Chile and Spain, where she was the Barcelona correspondent for the Associated Press and worked as a f …