Love across a broken map. An expanded book review by Rebekah Lattin-Rawstrone 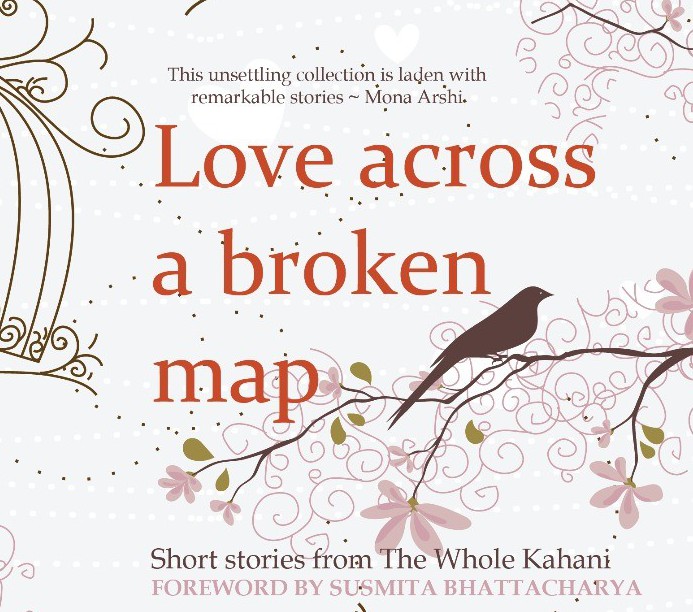 Posted by rebekah on 2 June 2016, in News, Recommendations

I was lucky enough to be given Love across a broken map by Farhana Shaikh of Dahlia Publishing. Through Byte the Book and the Authors’ Licensing & Collecting Society, I’d been invited to the All Party Writers Group (APWG) Summer Drinks Reception at the House of Lords. The APWG helps to raise matters that affect writers at a parliamentary level and the theme for this reception was the lack of diversity in the publishing and TV industry. Farhana was in the queue with us to get into the House of Lords and we finally chatted, beyond brief introductions, over a cup of tea having just listened to Baroness Floella Benjamin and Shai Hussain talk about their vision for a diverse publishing and TV industry in which every voice could be represented without stereotype or prejudice.

Baroness Floella Benjamin was a particularly hard act to follow because her fervour for representing our country of diverse peoples in our stories on and off screen was very moving. Don’t we want to project a world in which young people feel included, their voices valued and opinions sought? Shai Hussain had to follow her passion with a story of his own, asking the publishing and TV industries to listen to stories that stand outside typical patterns and that are written by people whose voices have yet to be given a chance to shine.

When Farhana said she ran a small publishing company, Dahlia Publishing, which manages The Asian Writer and Leicester Writes, and that they had a new book coming out that week, Love across a broken map, I quickly offered to review it. How do small presses, often those most interested in publishing diverse writing in all its forms, get their books noticed? How do they get the big reviews? As we know from the recent series of Literary Salons held by Something Rhymed, even getting books written by women, let alone any other diverse group, read and reviewed in mainstream newspapers is a struggle. #readdiverse2016 is a good place to start, but as with #readwomen2015 what happens the following year? Why aren’t good books, why isn’t good writing, rising to the surface as it really should?

Reading with the hope of bringing diverse voices to light is a good thing, but I’m even more delighted to review Love across a broken map: Short Stories from The Whole Kahani because it is an exceedingly good collection of very interesting stories with stylistic punch. Though The Whole Kahani is a collective of British fiction writers of South Asian origin, their writing isn’t only for readers of South Asian origin, these stories are for everyone. These are tales of love, as the title would suggest but not necessarily all romantic love.

‘Watermelon Seeds’ by C.G. Menon explores the love of early childhood and is definitely a stand out story for me. Its language is poetic and inventive, creating a dazzling world of childhood imagination. ‘The Nine-Headed Ravan’ by Radhika Kapur asks us to question when desireful friendship becomes full passionate love, and why romantic love should be the only love we value.

The confusing nature of finding romance is explored in ‘Three Singers’ by Kavita A. Jindal where business interest is easily confused with romantic desire, and in ‘We Are All Made of Stars’ by Rohan Kar where hoping to pin love on astrology is no easy road.

Several stories look at characters who have given up on love: ‘Rocky Romeo’ by Dimmi Khan takes a man back from his image into his inner self; ‘Naz’ by Iman Qureshi forces a disaffected character to think again; ‘Soul Sisters’ by Reshma Ruia tells us of a lonely reader whose longing to be in conversation with her favourite writer takes her down unexpected paths. In ‘To London’ by Mona Dash, the city itself is brought alive with clandestine romance, becoming a place of desire in its own right. For Dash’s character the experience of having loved intensely makes the routine of life bearable. ‘It was because I had known love’s glittering body that I could live the rest of my life without its temptation.’ (p67).

Navigating family, friendship and love is complicated. ‘Entwined Destinies’ by Shibani Lal explores the sacrifice of wanting to fulfil parental expectation, though this isn’t a story about being forced to be a doctor or a lawyer. The story has a quiet elegance, an elegiac quality that is very moving.

And then the collection ends with ‘By Hand’ by Farrah Yusuf and the death of a tenant. If there were any prejudice about difference left, here pity can only be directed at the solitary life of the retired, white British, school teacher.

Love across a broken map is one of the best anthologies I’ve read in a long time and it should really be being picked up by Sabotage Reviews and the Saboteur Awards and hopefully others interested in reading good, challenging fiction from independent presses. If, as you read this review, you can think of anywhere or anyone for whom this collection would appeal, send them in the direction of Dahlia Publishing. Or get in touch with me (rebekah@bytethebook.com) and tell me about other books you think I should be reviewing.

The challenge that the All Party Writers Group Reception posed was to take new steps to get the work of diverse writers out into the mainstream. Beginning by championing a collection and a publishing company trying to take talented voices into the mainstream is a good place to start. Buy Love across a broken map: Short Stories from The Whole Kahani and see for yourself. 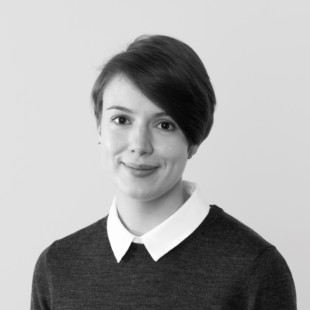 Zoey is an associate at Harbottle & Lewis, working with clients across the publishing industry with a particular focus on rights exploitation across all media. Before qualifying as a lawyer, Zoey studied English Literature at the University of Oxfo …