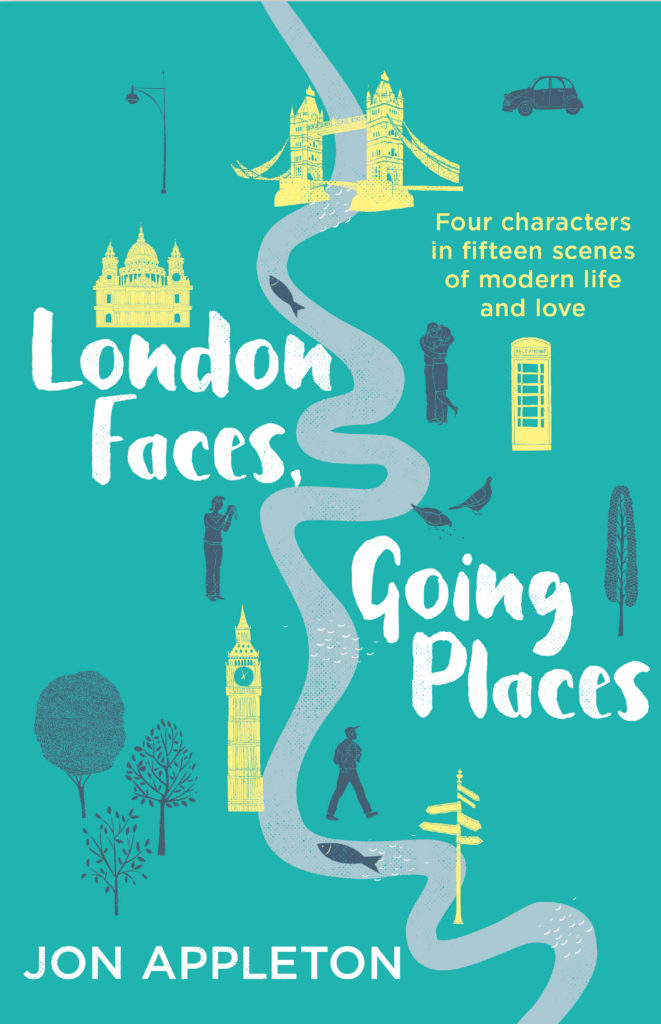 Providing a great lead in to June's debate, The Author as Publisher: Opportunity or Vanity? sponsored by Type & Tell, author Jon Appleton talks to Byte the Book about his decision to self-publish his second novel with Type & Tell.

There used to be a stigma attached to self-publishing (that ‘vanity' label) – do you feel it is now taken more seriously and did that help you with your decision to self-publish?
Absolutely. In spite of statistics showing market growth and a flowering of new imprints, we all know that some books will never find their way on to a traditional list. But that doesn't mean they shouldn't be published. 'A good book is a good book however it's released into the world’ is a mantra you hear more and more. Indie authors are taking themselves more seriously – you hear fewer comments about doing it on the cheap. Your book can look as good and read as well as a Picador or Bloomsbury paperback. So why not aim for some of the success those books may enjoy? I've been gratified, too, to see more and more traditional industry people engaging in events that have ostensibly been arranged for independent authors and publishers – looking for talent, in some cases, but also just being collegiate. The two worlds are coming closer together.

Do you feel you have more control of the process, and is that a good thing?
You can have as much control as you want and are willing to seek and pay for. Editorial, design, production, distribution – none of it is secret information and there's any number of people willing to share it. All of it is hard work, often slow work, with no guarantees, of course. Your book might vanish without trace, but so might any number of traditionally published books, which were acquired at a high price and had marketing spend lavished on them. What you lack is influence – and you probably won't be eligible for prizes or considered for reviews. But you can have another go more easily, I think, if you experience the 'bad track' that Lizzy Kremer wrote about recently. You won't be dropped from a list and you won't be told you can't switch genres, if that's what you feel you want to do. There's freedom in that.

You’ve chosen to write a novella, was that a creative or publishing decision?
It was both. I've long been aware that authors can reach new audiences with short novels or even collections of stories (traditionally avoided by many mainstream publishers), often online at low price points, but in physical editions too. I'm keen to explore that. The annual Quick Reads promotion has released some satisfying, commercially successful titles which look and feel immediate and accessible. (I always want to read them all.) Several of the books include characters from forthcoming major novels which seems such an obvious and astute thing to do. They're a good way to flag up backlist too. Creatively, novellas offer the ultimate challenge – paring away structure and syntax, without sacrificing content. There always seems to be a novella on any major shortlist – Gwendoline Riley on this year's Bailey's list, for example – so I think there's a public awareness that the form is as legitimate and potentially rewarding as any longer work.

Does the fact that you are self-publishing change your writing habits at all?
I think it’s freed me up to stop being so focused on a conventional end goal – aiming for a novel of a certain length, at a certain price point, in a certain retail slot – and to focus more on the work. When I stopped pitching Ready to Love to agents with the conventional three chapters, I reworked the book into four parts, like acts, which brought it to life for me. Each part was about 18,000 words. When I finished crafting and reordering the pieces in London Faces, and reached a natural conclusion, I realised I’d also reached 18,000 words. I think this is a natural length for me. It doesn’t fit in with conventional publishing models but as an indie author I can work with it.

What advice would you give to a debut author about the writing process?
Take yourself seriously. That means allocating time and resources to help build a writing life. If you’re self-publishing, take other professionals seriously – editors, designers, printers, etc. Use their skills to help improve your work and ensure it’s as good as any published book. London Faces, Going Places is out in June 2017, self-published with Type & Tell.

Sign up for our event on the 19th June at the Groucho and join the debate - Author as Publisher: Opportunity or Vanity? If you're at Hay Festival, join us and Salon for discussion and facilitated networking on how to get the best out of festivals, May 31st. Or book a ticket for our dragons' den style pitching event on the 17th July, sponsored by H. W. Fisher. 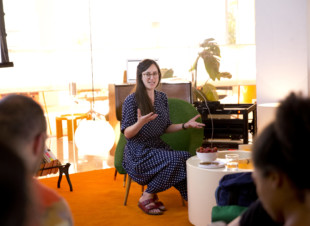