Is Publishing Up To The Job, In An Age of Trump, Brexit and Populism? 22nd October 2018 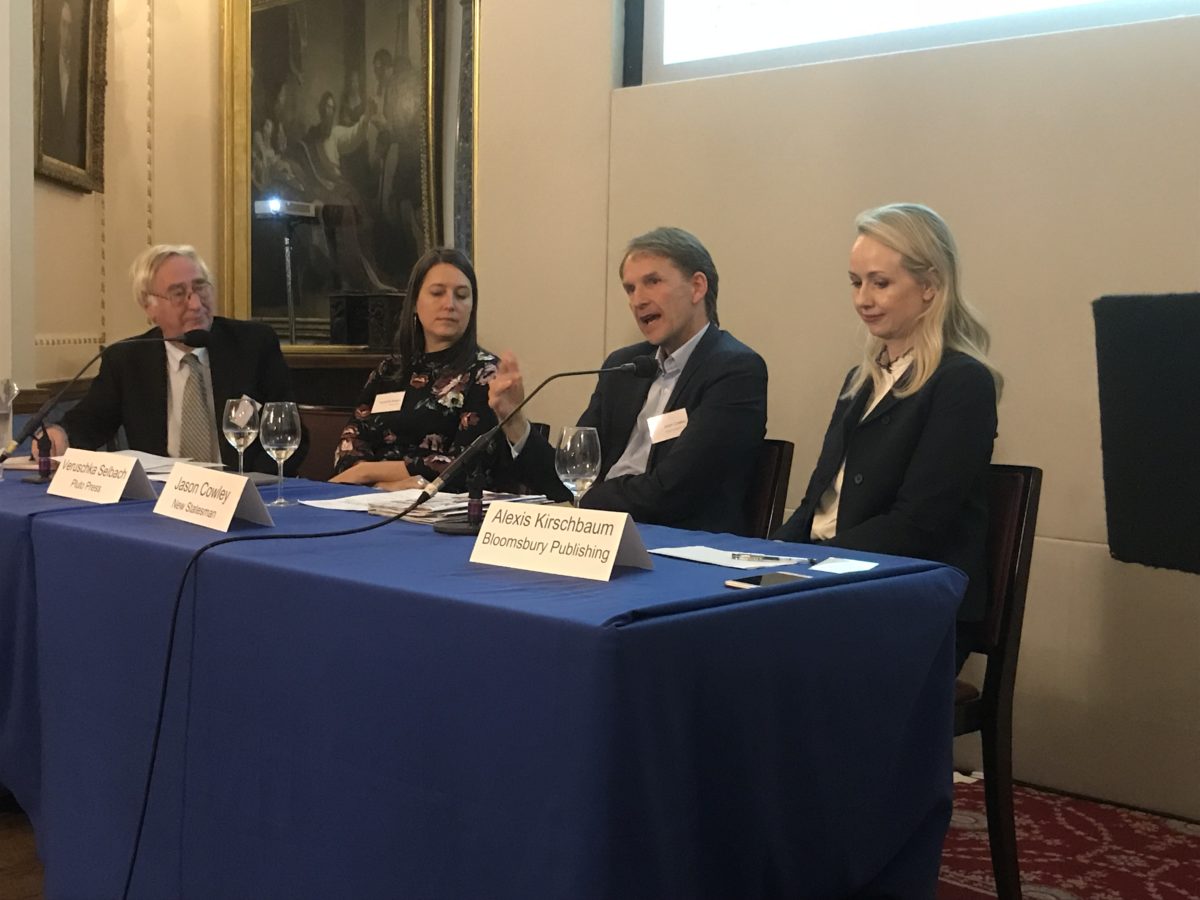 Posted by Justine Solomons on 7 November 2018, in News

We were very lucky to be invited to The Stationers' Hall last month to listen to a discussion on the future of publishing. Here's Stationer Ian Grant's report. Photo credit Oliver Gadsby.

A lively and questioning audience of around 60 Stationers and guests debated this issue, following short presentations from the panel. Alexis Kirschbaum, Publishing Director of Bloomsbury Publishing, spoke of politics titles selling better than ever in this time of uncertainty. Veruschka Selbach, MD of Pluto Press, talked of her company’s radical left-wing heritage, and the place it aims to carve out in today’s publishing landscape. Jason Cowley, Editor of the New Statesman, gave an overview of the magazine’s past and future, as a place for intelligent commentary.

Unsurprisingly, the publishers feel they are up to the job – they are making profitable hay responding to demand for answers, expertise, points of view on (and escape from) the political dilemmas of our times.

From the floor, Freeman Desmond O’Rourke felt that the long-standing and consistent model of consumer book publishing is showing its worth. Alexis Kirschbaum responded to a question from Freeman Jonathan Nowell with the view that content curation (as opposed to aggregation and broadcasting through the major online search and social media businesses) is at the heart of what publishing is. She hopes that the wider non-book reading culture is influenced by what she publishes. Veruschka Selbach identified that to remain in touch publishers have to go to where the people are, many of whom are not in bookshops or buying printed news. Jason Cowley believes that legacy brands (well known press and publishing businesses) provide readers with a crutch of confidence in a world of super-abundant content.

Elizabeth Consalvi, a guest from the Worshipful Company of Management Consultants, worried that education (partly through the mass use of social media among school-age students) is being dumbed down. Jason Cowley agreed, and noted that in the worst case where some high-profile politicians lead, dictators follow. To foster a different agenda, tech billionaires are buying such legacy brands as Atlantic Monthly and The Washington Post – but do these revered brands have reach beyond their own committed readerships?

Liveryman Peter Day, in the chair, prompted a discussion of blogging as a form of publishing (self-publishing), asking whether this medium was much more immediate and influential than the slow cycles of book and weekly magazine publishing. Alexis Kirschbaum prefers slower, longer-life publishing, as does her own readership; Jason Cowley extolled literary style, well-crafted sentences and the use of fine metaphor as writing skills that offer lasting value.

Court Assistant Ian Leggett questioned whether the publishers really know their readers. Alexis Kirschbaum and Veruschka Selbach identify, often personally, with their readers. Jason Cowley receives immediate feedback through the New Statesman website, but no longer allows an online comment thread below each online article because it degenerated into thoughtless and often bilious abuse.

Although the book and magazine publishers present were in good spirits and achieving fine financial results, the hovering question was whether they are publishing for niche markets. After a stimulating debate, the question remained open as to whether the ‘legacy brands’ of publishing, reaching a relatively small portion of the population, are up to the job of fulfilling the needs of broad public discourse.[1]

The Stationers' Company is The City of London Livery Company for the Communications and Content Industries. You can find more about more and join them here.

[1] The Reuters Institute for the Study of Journalism research suggests 51% of people with online access use social media as a news source. The report, now in its fifth year, is based on a YouGov survey of about 50,000 people across 26 countries, including 2,000 Britons. The study found Facebook was the most common source - used by 44% of all those surveyed - to watch, share and comment on news. Next came YouTube on 19%. 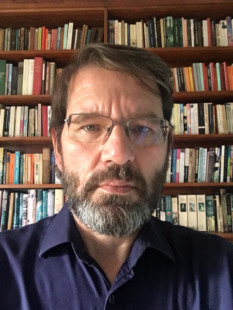 Guy Ware is an author and creative writing teacher. He has published three novels and numerous short stories, including the collection You Have 24 Hours to Love Us (Comma, 2012), one of which was anthologised the Best British Short Stories 2013 (Salt, …