The Invisible Booksellers of Peterborough 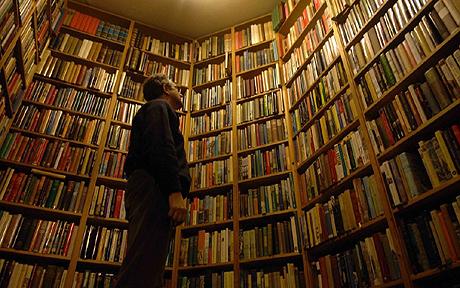 What's it like going from working in a physical bookshop to a virtual one?

Here's a personal note from our September sponsor, David Birkett of Printondemand-worldwide.

The Invisible book-sellers of Peterborough

A nameless and wise French philosopher observed that ‘plus ça change, plus c'est la même chose’, a sentiment that was pithily rephrased in 1972 when The New Seekers sang ‘All my life’s a circle’.  My first job in the book-trade – now twinkling vaguely in the roseate glow of fond nostalgia – was as a bookseller for a small, independent bookshop in Bedford.  There was barely an internet, the Net Book Agreement presided in smug imperturbability over the industry, and we thought it terribly smart that our books-in-print data could be summoned via a microfiche reader in the blink of five minutes or so.  Time passed, and – having cut my retail teeth – my eyes were dazzled by the decadent lights of Woking, and the then newly-opened Methven’s bookshop, where I learnt to speak EPOS and saw the Net Book Agreement tumble like dictatorial statuary; (shares in shoe companies rose exponentially as we spent the next few months frantically running to rival outlets and back, having hastily scribbled down their Grisham, Palin, Delia, etc. prices).  After migrating to various sales and marketing jobs (Deep Books, Troika, Zed Books, Stacey International, Aurora Metro Press, The Letchworth Centre for Healthy Living – honestly) I found myself working for Printondemand-worldwide and their recently-launched online book retailer, The Great British Book Shop.

It’s wonderful to be a bookseller again, albeit a virtual one.  While I miss, and always will, the physical meetings with customers, I am still promoting reading, books, authors and publishers, and we’ve already collaborated with the likes of Gallic Books, Nosy Crow, Pen & Sword, Casemate, Osprey and their authors, on guest blogs and themed promotions.   It’s been particularly exciting sponsoring a BookBench with The National Literacy Trust for their Books About Town campaign.  Our bench depicts the Terry Pratchett Discworld character The Librarian, who is transformed from a human into an orangutan (now there’s a career path), and we’re happy to be donating a proportion of our sales to the Orangutan Foundation for the duration of the campaign.  Although we’re supplying titles conventionally via a wholesale relationship, we can also take advantage of POD relationships that publishers have with our parent company to use that delivery method through the bookshop, enabling us to work with lower retail discounts and streamlining the route to market.  One of the excellent but far from household names that’s cropped up in this capacity is Strelka Press, among whose titles ‘Can Jokes Bring Down Governments’ is proving very popular, and perhaps topical. We’re steadily signing up publishers for this (non-exclusive) relationship, and one of the aspects of the job that fires my colleagues and I with missionary zeal is reaching out to publishers in a spirit of fairness and co-operation; it’s also exciting to be exploring interesting and effective ways to spread the word about TGBBS to the international book-buying community, and the social media worlds have been of great assistance with that task.

What don’t I miss about physical bookshop work?  Drafting the Christmas work rota. 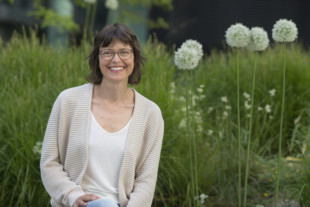 Silena is a happiness 😉 psychologist, transformational coach and writer living in Vienna. She is a creative soul, dedicated to the (sometimes cruel) beauty in life, truth and joy. She aspires to publish her debut novel via Byte the book.  Elisa Goldw …