Instead of a Book: Letters to a Friend – Diana Athill

Posted by Justine Solomons on 20 October 2011, in Recommendations

Instead of a Book: Letters to a Friend - Diana Athill

Instead of a Book is collection of letters Diana Athill wrote to her friend the New York poet Edward Field. The collected letters are from 1981 until 2007. They were waiting for Diana's death before publishing them but at 93 she shows little sign of giving up the ghost, and Edward at only six years her junior can't wait around forever  so they have decided to publish while she was still alive.

Diana Athill is an extraordinary writer, both 'Stet', her account of her time as an editor at Andre Deutsche and 'Somewhere Towards the End' her meditation on coming to terms with old age were extraordinary books, and this one too is very beautiful. She has a rare gift for writing, one feels as though she does it with great ease, as if she were simply breathing in and out words, but of course this comes from great editing, something she has made her living from and is a master at. I've often thought that swear words are as valid as any other words in the English language if they are used in context and she uses the f word with aplomb, lending the book an intimacy as if we were climbing inside her head and listening to her thoughts.

This book made me want to start writing letters again, and also caused me sadness for the advent of e-mail (as she admits herself the acquisition of a computer and switching to e-mail changed the nature of her letters).  'The Gift' the poem she wrote on her mother's death, which features in 'Somewhere Towards an End' is also reproduced here and it was indeed a great pleasure to read that  very moving poem again.  If you've not read anything by Athill before I'd recommend reading 'Stet' and 'Somewhere Towards the End' first but if you have and want more of her pen, I'd thoroughly recommend 'Instead of a Book', for the chance to spend more time in her company, and also to have the honor of  reading this intimate account of twenty-six years of this incredible woman of letters life.

To buy this link click on the following link: Instead of a Book: Letters to a Friend 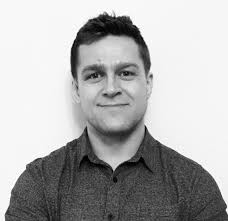 James is the Publishing Director at Lume Books. Lume Books is a digital-first independent publisher. They champion both debut and established authors, bringing their stories from the past to the present. He is also the founder of USound. Usound makes a …