Byte Shorts Showcase: The Glass of Water on the Table, by Toby Litt 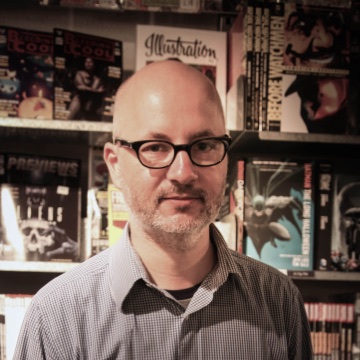 Posted by Justine Solomons on 6 May 2021, in News, Showcase, Writers

In the spirit of all things Byte Confluence our short story this month is by the brilliant Toby Litt.
Toby will be speaking at Byte Confluence, our conference on the business of storytelling on 19th May.
His session is entitled:

The Glass of Water on the Table By Toby Litt

Had the cat drunk from it? Since the day before, the water level had gone down by about half a
centimetre. Evaporation? Or Alexander the Great? If the cat had stuck its head in and lapped, after jumping onto his small table, could he drink the tongue-touched? Did it matter? It wouldn’t kill him, would it? In bed, in the mornings – over by the other wall – he always let the cat lick his unshaven chin. At the table, as he was now, he often let Alexander the Great stand between him and his forms, his
depositions. He sat back and looked at the glass with its faded image of Buffy the Vampire Slayer and thought about touching tongues with the cat, as he had twice done with his older sister, now dead. Not a kiss, and not without disgust and running away shrieking – but both first making a point of their tongue and then, with bare bedtime feet as far apart as possible, bringing point and point together. He leaned in to look closely at the glass and for a flash felt how much the rubble had weighed. There
weren’t any ginger hairs around the soft rim. In all his life since, he had never expected the miracle of ownership of a cat. Only a limping tomcat, admittedly, missing half an ear, which he had started to feed when it became clear no-one else on the street was. Instead, the neighbours above left curried meat out for foxes – which the foxes loved, but spices and especially tandoori made fox-piss smell even worse. At night, the foxes made sounds like English men who are voiding too-hot curries, eaten in the drunken bravery of the previous evening. So he imagined. He would listen to the fox-agony as he tried to doze. But without hating them – it was the foxes had caused Alexander the Great to come in through his window and start sleeping on his blankets. Another cat had been found on the road, with bite marks at the edge of its exposed rib-cage, though some in the flats still blamed a car. His sister’s tongue had left spittle on his own that felt briefly cool. He picked up the glass, drank, shrieked or did not shriek – I don’t know. I don’t have the authority to know.

This short story was first published in the Seagull Books Catalogue. The first editor was Naveen Kishore.

A member of Writers Rebel, Toby Litt has been involved with actions on Trafalgar Square and Tufton Street - drawing attention to climate change denial. During the first couple of lockdowns, and unable to take direct action, he wrote a brief polemic on storytelling, screenwriting manuals, heroism and hope. This is being serialised on the Writers Rebel website. In this session, he will talk about the ways in which the monomyth of the Hero’s Journey has come to dominate storytelling in all forms, and explore how writers can find new ways to create gripping, inspiring adventures.

Tickets for Byte Confluence are £100* for members/£150* for non-members and  can be booked here.
*plus booking fee and VAT 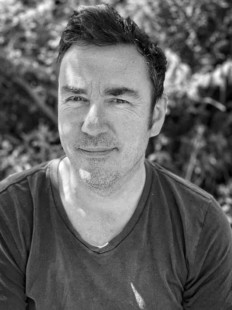