Byte Shorts Showcase: Covid In Brixton by Amelia B. Kyazze 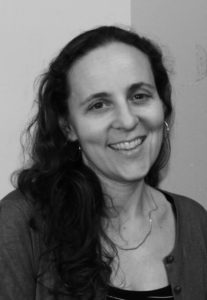 Posted by Justine Solomons on 1 May 2020, in News, Showcase, Writers

Jess picked at her teriyaki noodles. They were a bit too dry. She’d made them so many times in these 12 days of isolation, she should know better. But after the first week, she was close to the bottom of the barrel in terms of choices. Would it be illegal to break isolation early to go get some soy sauce?

The only view she had of the outside world: the bins. Rows of them from two mansion blocks together. On the plus side, from the 3rd floor she didn’t smell them. Well, she couldn’t smell anything at the moment, thanks to the virus. And if she went in the far corner behind the TV she could see further out over the rooftops of terraced houses with their chimneys. At least there was variety.

Inside the flat was there was one bedroom squeezed off the lounge, a kitchen so thin you had to go in sideways, and a bath with a truncated tub and a hose for a shower. But if you were on your own, it was all you needed. She had chosen it because she could just about afford the rent, and it was in Brixton. The neighbourhood was normally alive 24/7 with people, nightlife, markets, films, and her photography studio nearby on Electric Avenue.

All that was now closed off, cancelled, or on hold indefinitely. And she was alone, in a microscopic flat.

Someone knocked on the door. No one had knocked for 12 days, or even longer. Should she answer it? What if it was an axe murder? She stood there, dithering.

‘Hello? Can you help?’ A man’s voice called. Perhaps he could sense her, there in her pyjamas, with unwashed hair and bed-breath.

She had the chain on the door, just in case, so she could only open it a little. She recognised a man from her floor. To be fair, he was quite good looking. Didn’t look like he was in the middle of a pandemic. He probably had washed his hair recently, and changed his clothes.

‘Sorry, I’m Richard. You know, in flat 312?’ he gestured vaguely behind him. ‘I smelled gas in my flat, and I didn’t know what to do. My phone is totally dead. I managed to grab it before I cut out of there but…’ he held it out like a stone. ‘I can’t stay in there, can I? It could kill you.’

She started to speak but instead had to cough before clearing her throat. She hadn’t spoken to anyone all day. Come to think of it, she didn’t speak to anyone yesterday either. Even Mum had stopped calling after growing bored with conversations about nothing. ‘The thing is,’ she said, when her voice came back, ‘I’m in isolation. Had the virus, complete with shivers and fevers and all. I’m on Day 12.’

‘Really? Oh…’ his face fell and he shifted his weight back a step. ‘You were the only person who opened the door. All the others, I could tell they were there, but they wouldn’t even acknowledge me.’ He looked at her then, directly. ‘But we’ve seen each other, haven’t we? You’re the photographer?’

‘An amateur one, yes… I think you’ve seen me struggling on the stairs with my equipment. I’m Jess.’

‘Well Jess, nice to meet you. Sorry it had to be in these times. I shouldn’t come closer, I’ve got asthma you see. But about my gas leak…’

‘Can I ring for you? I think there’s a central number for it.’

‘Do you want to give me your phone too? I can charge it for and then you can wipe the plastic off with antibacterial wipes. Would that be alright?’

He weighed the suggestion for a moment, then set the phone on the ground. With a gentle nudge from his foot, it slid across the floor to her threshold.

She went back inside, and plugged his phone in. Good thing it was a Samsung, no problem with the fit. Then she googled who to call gas leak and found the 0800 number. Once she got through it was very quick — they must be used to emergencies. She knew the post code of course, and he called out to confirm his flat number.

Before she came back to him, she quickly went to the bathroom and ran a finger over her teeth with a smear of toothpaste. Her reflection looked at her with disdain. Why did she not take better care of herself when she was alone? But that was the answer, wasn’t it?

She explained to him that they said they would be there within the hour. And they said as a precaution no one shouldn’t smoke or light candles in the meantime.

‘No chance of that,’ he laughed.

She took off her chain, and looked at him: the first human being she’d been face-to-face with in nearly two weeks. He looked nice enough for a chat. His hair was curly and in-between blonde and brown. Dishwater blonde, Mum used to call that colour. Eyes were brown and kind-looking. He slumped down and rested with his back on the opposite wall. She sat, cross-legged,  inside her doorway. They probably were two metres apart, give or take a little. In any case, it’s hard to get that far from anyone in Brixton.

There were always sirens along Brixton Hill, but after about a half hour some got closer and she heard the engine noises outside the front of the building. Heavy footsteps came up the stairs. Fully suited firefighters emerged at the landing. Richard sprung up and ran to greet them, fumbling with his keys to let them in so they didn’t have to break the door down.

She came back inside her flat, thinking he’d forget all about her.

A little while later, there was another knock. This time she didn’t have the chain on.

‘They said the leak is closed off now, but the place needs to air out. I’m going to go to Tescos, keeping the proper social distance, of course. Need anything?’

She returned his phone, now at 40%. She couldn’t think of anything in particular, so she said, ‘You know those teriyaki noodle packs on special offer? I could do with a few more of those.’

Amelia B. Kyazze is a writer and photographer based in London. She has published short stories, photographic essays and non-fiction, and her debut novel, Into the Mouth of the Lion, will be published by Unbound in 2021. She has been a member of Byte the Book since 2015 and you can find her profile here.

A beautiful little story, very nicely put together. I’m sure everyone who’s read it during these strange times will feel that bit better.
Marvellous. 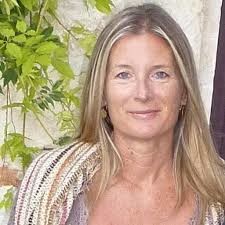