The big goal for many unpublished authors is getting a deal with a publisher, and often the terms of the publishing contract are something of an afterthought. The author may know in general terms what to expect from it: an advance, royalties, maybe they will look at how many free copies they are entitled to … but the main thing is that they’re getting published, and the contract is just some paperwork that needs signing before their dream comes true. Right?

Well, unfortunately, and especially if the author is not represented by an agent, it’s not quite as simple as that. Take it from me: as an independent publishing contracts negotiator, I’ve seen all manner of contracts from publishers and they can vary widely, while still being described as ‘standard’ by the publisher. That’s because ‘standard’ in this sense means the individual publisher’s standard terms, rather than an industry-wide standard, and that’s just the first thing that can trip an inexperienced author up.

Here, then, is some advice for understanding and negotiating your publishing contract before signing it.

This really should go without saying, but these days we have all become used to treating legal documents rather casually. The companies we deal with all have terms and conditions we have to agree to and they vary their terms from time to time, but I’ll bet you don’t actually read them before ticking the box, because very few people do.

You must read your publishing contract, though. It’s the only way to know you’ve understood the terms of your relationship with your publisher.

There is good news though: contrary to popular stereotype, publishing contracts are usually not hundreds of pages long, written in an unreasonably small and baroque script, and liberally sprinkled with Latin. Well, very few of them anyway.

There has been a definite move towards shorter, simpler contracts written in fairly straightforward English. So, they aren’t nearly as daunting as they might once have been.

I have written in more detail about these terms elsewhere, but these are the terms you particularly need to look at:

This clause, usually found at the beginning of the contract, explains which rights you are granting to the publisher. The simplest version is all publishing rights, in all languages, throughout the world, for the full term of copyright. However, all those rights can be broken up into smaller chunks. For instance: paperback and ebook rights only, in English, in the UK and Commonwealth, for ten years. In the latter example, the author retains the other chunks of the rights, unless they have already been granted to other publishers.

2. Term of the contract

This is the length of the contract, and may be found amongst the wording of the Grant of Rights clause, or in its own clause. This can be important – there are various reasons an author might not want to grant their rights for the full term of copyright (the author’s life plus 70 years), so if there’s a mismatch between the term the contract asks for and the term you want to grant, speak up!

A fiction manuscript is likely to have already been delivered and accepted by the time the contract is drawn up. With a non-fiction title, where the book may have been sold as a proposal, this clause explains when and how the manuscript must be delivered and the terms under which it will be accepted, as well as other items concerning which party will pay for permissions and when and how pictures and tables should be submitted. Again, if you won’t be able to make the deadline, best to say so as early as possible.

These are the clauses most authors will definitely look at!

An advance is a sum of money paid upfront, based on the publisher’s sales expectations, and set against the royalties. Whenever a copy of your book is sold, the royalty you would receive goes towards ‘earning out’ the advance. When the advance has earned out, royalties begin being paid.

Manage your expectations here: the kind of high advance you might read about in the newspapers is not all that common for an author who is not already famous (that’s why it is news) and such an advance can put enormous pressure on the author to earn out, as if the advance does not earn out it can be difficult for the author to get their next book published.

If you are not represented by an agent, you may well be working with a publisher who offers a small advance, or no advance, which means your royalties are more important.

Look to see how the royalties are calculated: it is rare these days for the royalty to be calculated with reference solely to the book’s RRP. Calculations on net receipts (list price minus retailer discount and sometimes costs as well) or even net profits (revenue minus costs) are much more common now. If the publisher does not define how they are calculating royalties in the contract, this is worth bringing up and getting clarity on.

5. Out of print and Reversion

Traditionally, when a book fell out of print, the rights reverted to the author and the contract terminated. However, since we now have POD and ebooks, the definition of ‘out of print’ is a bit more complicated than it used to be.

A modern reversion clause should clearly specify under what circumstances the rights revert to the author. A vague clause that relies on an old definition of out of print won’t do. You want to avoid a situation where the book limps on selling a few copies a year but without a push by the publisher to revive its sales. The contract should lay out at what sales level over what period of time it becomes possible to request a reversion of the rights.

Do not assume the publisher knows best and you can just sign whatever they give you. The contract they have drawn up is likely to favour them, and it is not wrong of them to offer you such a contract.

It would be wrong for you to sign what they offer without negotiating and later complain that it wasn’t in your favour. You have a responsibility to check the contract and ask for the changes you need.

If a literary agent represents an author, the agent will take care of these negotiations and likely will insert their own wording, drawn up by their own contracts manager.

One way to do that is to contact an author’s organisation, such as the Society of Authors, who will advise on the terms of your contract. However, if you want someone to also negotiate on your behalf (and that is a good way to keep emotion out of the negotiation and keep the relationship between author and publisher sweet) you can hire an independent contract negotiator like me, or a lawyer who specialises in intellectual property and/or publishing law, as they will have the requisite familiarity with publishing contracts.

I will emphasise here that I do mean someone who is familiar with publishing contracts and not other types of contracts, because your brother-in-law the tax lawyer or your friend who works in finance will not know what they can reasonably ask for and they can easily miss an important point because they weren’t looking for it. I’ve seen deals get killed, and authors end up without necessary changes to the contract, because they handed the negotiation to someone who was hugely confident, but who didn’t realise they were in a different arena.

Congratulations on your publishing deal!

Finalising the contract is the last big hurdle to getting published. You deserve massive praise for getting so far – many do not make it. All you really need to do is stay smart and vigilant, and soon your book will be published. You’re a smart author, so you will not fall at this last fence.

If you need some help negotiating your contract, feel free to get in touch with me.

Good luck and best wishes for the success of your book!

Janey Burton is a Publishing Consultant, Editor and Contracts Negotiator. She worked for literary agencies and publishers big and small before setting up her own business at janeyburton.com in 2012. You can find her on Twitter and Facebook. You can keep up with her advice for authors by signing up for her monthly newsletter, The Inbox Edition. 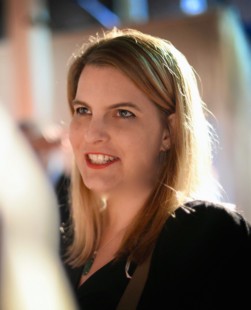 Anna Pallai has over two decades experience in British publishing. She has devised and managed nationwide publicity campaigns for Booker Prize winners, A list celebrities and breakout authors alike.  She is the founder of AMP Literary, a boutique PR an …