A fantasy novel for those who have previously dismissed fantasy: Snuff by Terry Pratchett 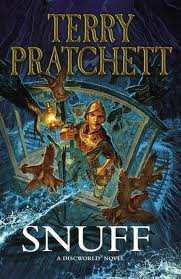 Posted by Justine Solomons on 12 June 2012, in Recommendations

He may be one of the bestselling British authors of all-time – and reputedly the most shoplifted one – but Sir Terry Pratchett is often dismissed by the mainstream press for being ‘just’ a fantasy writer. It’s true that his most famous novels, the Discworld series – of which Snuff is, impressively, the 39th – are set in a world rich with fantasy tropes; a world where dwarves, trolls and werewolves roam, where magic is rife and where one of the smartest characters is a talking dog. But if you can get past the sword and sorcery setting – and I can’t urge you strongly enough to try – Pratchett is one of the most humanist writers you will ever encounter, combining sharp humour and elegant prose with biting satire and political commentary to create a fantastical universe that manages to be amazingly cohesive and consistent, while also holding up a dark mirror to our own.

Snuff is no exception: it’s not for nothing that some of his more ardent supporters have called Pratchett ‘the new Dickens’. Superficially, it’s Discworld meets Downton Abbey, as the longsuffering commander of the City Watch, the resolutely working class Sam Vimes, (a recurring character in the series) finally agrees to go and visit the country seat of his posh wife Lady Sybill – but what could be a simple ‘city boy out of water’ laugh-fest becomes a far murkier tale of people trafficking and ethnic cleansing; the fact that the ‘people’ being trafficked aren’t actually human at all doesn’t lessen the impact of the book. It doesn’t shy away from big questions: how easy it is to classify the world’s unfortunates as less than human because fate has dealt them a harsher hand than our own; how simple it is to force certain communities or races to live in degradation then condemn them for trying to survive it. For Pratchett, there is one big crime, from which all others stem: the crime of treating people as a means, not an end, and while Snuff is often very, very funny, it also fizzes with a righteous fury that keeps you gripped to the end.

Though established fans, familiar with the rich backstory of one of the most beloved of Pratchett’s characters, will of course get more out of this book, as a standalone story it’s not a bad jumping in point for newbies – and if you’ve previously dismissed the Discworld series as ‘just fantasy’ novels, this might just be the one to change your mind. 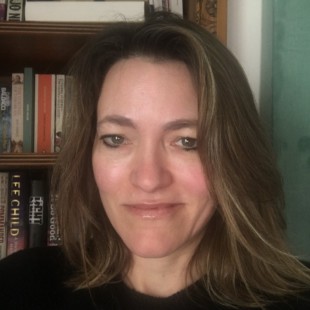