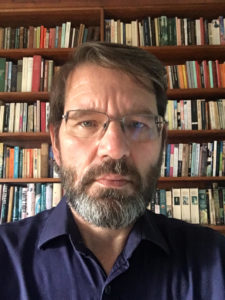 Guy Ware is an author and creative writing teacher. He has published three novels and numerous short stories, including the collection You Have 24 Hours to Love Us (Comma, 2012), one of which was anthologised the Best British Short Stories 2013 (Salt, 2013). He won the London Short Story Prize 2018, and was long-listed for the 2019 Galley Beggars Short Story Prize. He has recently designed and delivered an online short story writing course for Comma Press.

His first novel, The Fat of Fed Beasts (Salt, 2015) was selected as a ‘Paperback of the Year' by Nick Lezard in the Guardian, and described as “Brilliant … the best debut novel I have read in years.” Reconciliation (2017) was described by The Literary Review as “memorable and inventive” and by the Guardian as “exhilarating, and very funny”. His latest book, The Faculty of Indifference (2019), is a “fine novel …  [with] real resonance, finding ordinary life as terrifying as the terrorists who threaten its destruction” (The Guardian).

He lives in South East London with his family and an infestation of mice. 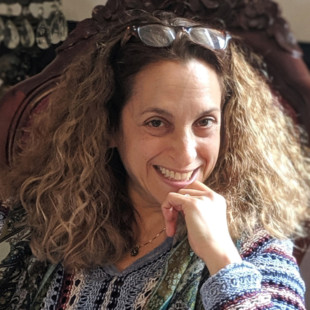