Xuemo is a first-class author in China , Founder of  Bei Jing Ru Xue MediaCo.,Ltd.As a famous culture scholar, He is the Dean of Guangzhou Research Institute for Shang Pa Culture and  committed to saving g and promoting the endangered traditional cultures in the world.

His works involve different subjects such as short stories , novels, poems, philosophy of mind, prose and so on. Since his works written in a language featured with simplicity hallucinatory realism,they have been praised by hundreds of Chinese media as Western Novels In the True Sense and Invaluable Works of Art. He also has been honored with China’s top awards such as The Feng Mu Literature Prize .

At present,his works has been published in Austria,Germany,Romania,Turkey,Nepal ,India,Arab,etc. and translated into more than 15 different languages successfully ,including the English version of Desert Rites, Desert Hunters, Curses of Xixia Dynasty,The holy Monk and the Spirit Woman, The world is a reflection of the mind, The Essence of Mahamudra, Love letters From the Goddess.

It's noted that one of his short storiesOld Man Xinjiang has been published by The Guardian.Now,He is looking for outstanding publishers to publish his works In U.k or other countries. 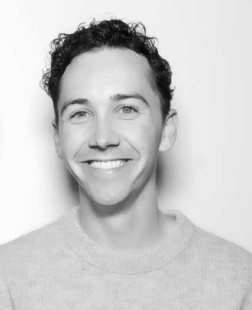 George (they/them) writes historical fiction and screenplays. An MA candidate at the University of Warwick’s writing programme, they come to England from sun-drenched California, where they lived the Los Angeles cliché — working a Hollywood studio job …