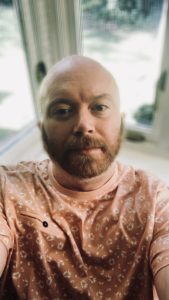 Peter taught English to international students before changing career in 2017. With a BA and MA in English Language and Literature, a new career in publishing seemed a natural progression.

Becoming freelance in early 2018, he now has regular work for ELT publishers writing practice tests for publication. Through his part-time work at Aurora Metro Books, he worked on honing his editing and production skills. Recent publications worked on include The Original Suffrage Cook Book and The Naturalists, a play by Jaki McCarrick.

Peter also wrote Virginia Woolf in Richmond, which was published by Aurora Metro in November 2018. His first short story, The Walking Stick, was chosen for the anthology Tempest published by Patrician Press in March 2019.

His first ELT title was published in December 2018, which focused on exam preparation and practice. A further four titles followed.

Peter now also writes exams for a major ELT exam provider and continues to work with numerous content creation packagers on other test and exam materials. 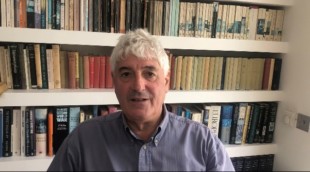 Richard  Charkin is a former president of the IPA and the UK PA and for 11 years was executive director of Bloomsbury Publishing Plc. He has held many senior posts at major publishing houses, including Macmillan, Oxford University Press, Current Scienc …