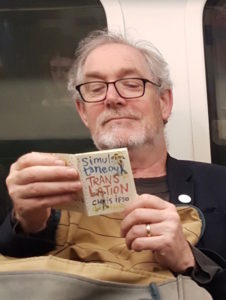 Chris Meade is a writer of transmedia fiction, non-fiction and songs performed by Chris & The Ifso. He was Director of the Poetry Society from 1994 to 2000, BookTrust to 2007, then formed think and do tank if:book uk exploring the future of the book in the digital age. He has an M.A. in Creative Writing & New Media and took a practice-based creative writing PhD at Bath Spa Uni for which he wrote What Didn't Quite, a transmedia fiction he'd now like to put out into the world in many ways. Having become Doctor of Nearlywriting Nearlyology, he's keen to perform The Nearly Show, run nearlywriting/dancing/being workshops at festivals and venues, and to make new collaborative works. His charitable company if:book supports the annual New Media Writing Prize and Dot Award for Digital Writing. In the past he's been Arts Officer for Sheffield and Birmingham Libraries, wrote The Thoughts of Betty Spital published by Penguin, was commissioned to write a sitcom about Betty for the BBC which was nearly produced, won an award for a play at the Edinburgh Fringe, tutored at the Arvon Foundation, spoke at book events in Guadalajara, London, Bologna, Lisbon and lots more. Now he's Chair of Modern Poetry In Translation magazine. Next he's creating a podcast, The Nearly Show, and developing The Ifso Press, a transmedia publishing imprint making a podcast, e-books, artworks, audio and live events. He's always interested in hearing from potential collaborators. 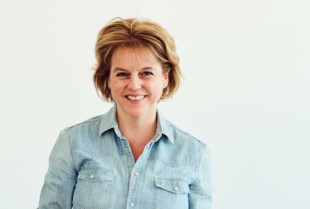 Rachel is a bestselling writer, public speaker and mental health campaigner. She writes regularly for the press and gives TV and radio interviews to help educate and break down the stigma around mental illness in her role as an ambassador for several m …